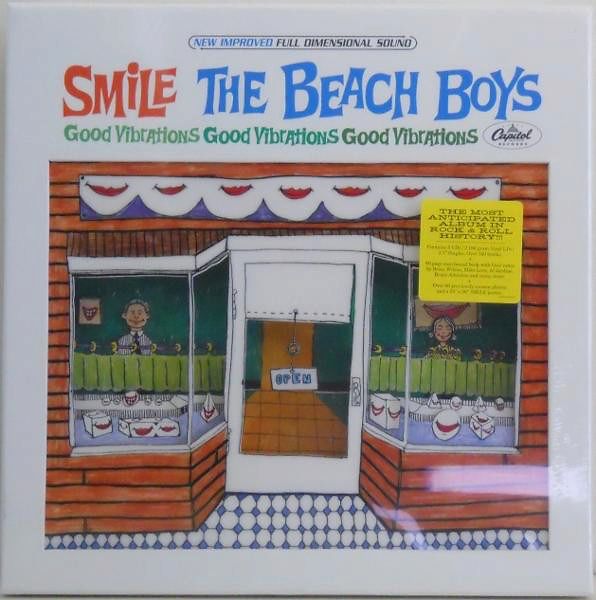 The Smile Sessions is a compilation album and box set. The set focuses on abandoned recording sessions from their unfinished 1966–67 album Smile which – if completed – would have followed the group's 11th studio album Pet Sounds. It features comprehensive session highlights and outtakes, while the first 19 tracks comprise an approximation of what the completed album might have sounded like.

The compilation is the first and only package devoted to the 1960s Smile recordings originally produced by Brian Wilson, arriving after decades of public anticipation and numerous false starts. The project was led primarily by audio engineers Alan Boyd, Mark Linett, and Capitol A&R director Dennis Wolfe, with Wilson acting as a remote supervisor, assisting the engineers with some mixing decisions.

The Smile Sessions received virtually unanimous critical acclaim upon release. It was voted number 381 in Rolling Stone's 2012 list of the "500 Greatest Albums of All Time" and won the award for Best Historical Album at the 55th Annual Grammy Awards in 2013. The Los Angeles Times encouraged its inclusion in "every library of American recording history," deeming it an essential learning tool for university composition departments, music professors, budding recording engineers, and composers.

More by The Beach Boys