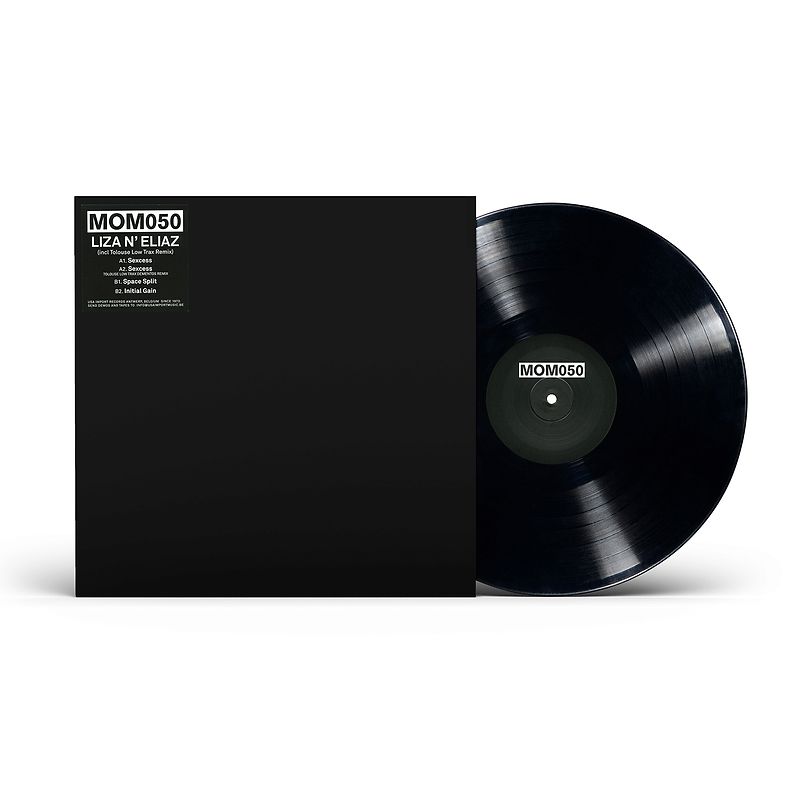 PRE-ORDER ITEM: This item will only be shipped to you on or after 10 February 2023. Please note any orders containing pre-order items won't be shipped until all items are available, so please order this separately to avoid delays. Release dates are at the mercy of labels, distributor, and pressing plants and will change constantly.
PICK-UP AT SHOP / FREE SHIPPING FOR ORDERS WITHIN BELGIUM AND EXCEEDING € 100 (FYI: we notice delays at Bpost which are out of our hands, if you want to be a 100% sure about delivery date, best choose pick-up) / Shipping costs are dependent on various factors and are calculated in your shopping cart. Add this item to your cart to see the shipping cost. Or pick up your order at our store in Ghent.

Nicknamed “The Queen of Terror”, Liza N’ Eliaz was a well respected DJ, producer and label owner born in Ostend in 1958 and sadly passed away in Antwerp in 2001.

Growing up in a family of musicians, she studied classical music and learned to play the piano four hands with her grandfather, a conductor at the local municipal orchestra. Later she discovered the synthesizer and cassette recorder and joined new wave and industrial bands in the recording studio and on tour. During a concert in France in 1985 she met Yvette Neliaz, who became her companion, muse and partner and whose surname inspired her pseudonym. Liza was added as a reference to the byname given to transsexuals in Flanders.

In Amsterdam the couple became enthralled with the burgeoning acid house, new beat and techno scene centered around the club Roxy. Soon Liza N’ Eliaz started to make a name for herself, among others in the Parisian underground scene and as a regular guest at French Radio FG. As a DJ she mastered an incredible technique simultaneously mixing on three or four turntables. As a music producer she had an impeccable ear for sound, pushing up the pace to staggering heights and as a result taking part in changing the rules of electronic dance music in a new and booming global scene in the mid nineties: hardcore and speedcore.

Liza N’ Eliaz was a prolific producer working solo and with artists such as DJ Dano, Laurent Hô and The Prophet, releasing on labels such as Atom, Mokum and Bonzai. In 1997 she founded her own label in collaboration with USA Import Records dubbed Provision Records.

USA Import Records is proud to present the reissue of Initial Gain, the EP previously released on its sublabel Atom Records in 1992, the second in the Molecules of Music series. Adding two new interpretations by Toulouse Low Trax to three original tracks, a nothing else but logical connection is set between Liza N’ Eliaz’ early work and today’s genre bending electronic music scene.

For the record: Liza N’ Eliaz didn’t like her nickname “the queen of terror”. She didn’t intend on terrorizing anyone, commented Yvette Neliaz after her unfortunate passing away.