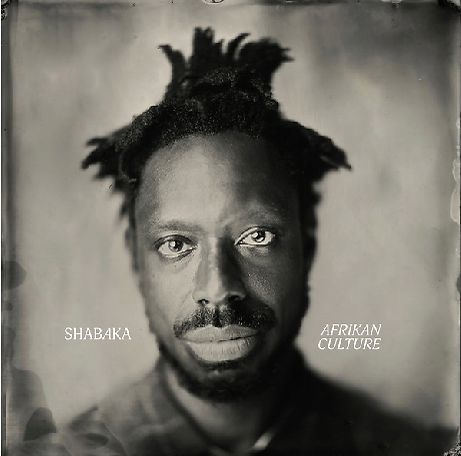 PRE-ORDER ITEM: This item will only be shipped to you on or after 24 March 2023. Please note any orders containing pre-order items won't be shipped until all items are available, so please order this separately to avoid delays. Release dates are at the mercy of labels, distributor, and pressing plants and will change constantly.
PICK-UP AT SHOP / FREE SHIPPING FOR ORDERS WITHIN BELGIUM AND EXCEEDING € 100 (FYI: we notice delays at Bpost which are out of our hands, if you want to be a 100% sure about delivery date, best choose pick-up) / Shipping costs are dependent on various factors and are calculated in your shopping cart. Add this item to your cart to see the shipping cost. Or pick up your order at our store in Ghent.

The saxophonist’s debut solo outing is a shift towards the meditative, but still crackles with his signature energy

This album marks the solo debut of saxophonist and band leader Shabaka Hutchings, lauded for his work with Sons of Kemet, the Comet Is Coming and Shabaka & the Ancestors. Afrikan Culture finds the now mononymous Shabaka moving away from the frenetic tempos and boisterousness of his other three collaborations and turning inwards towards a more meditative state.

Titles such as 'Black Meditation' or 'Ritual Awakening' hint at a work of open-ended shimmer, one perhaps aimed at rooting meditative practice in sounds more germane to the jazz sound palette – a work allied to recent ambient jazz treasures such as Nala Sinephro’s Space 1.8 and Floating Points, Pharoah Sanders and the LSO’s Promises. 'Call It a European Paradox' features the bejewelled, open-ended interplay of the kora (the west African lute), the shakuhachi (a Japanese flute) and bell-like percussion.

But the reality is that Shabaka in chill mode still remains instantly recognisable. On tracks such as 'Ital is Vital', whose title nods to the life force-affirming vegetarian diet of Rastafarianism, the transcendental yin haziness makes way for Shabaka’s signature tongue work and yang directness. He seems unable to resist playing the flute like his saxophone – with vigour...