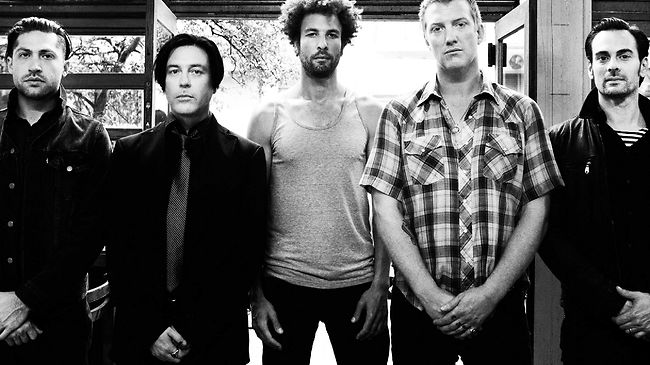 Queens Of The Stone Age

Queens of the Stone Age is an American rock band with a focus on heavy (stoner) rock, although they incorporate other genres of music as well. The band consists of Josh Homme, Michael Shuman, Dean Fertita, Troy Van Leeuwin, and Jon Theodore.

Their third album, Songs for the Deaf, garnered even more attention and went gold in 2003. This led to their fourth album, Lullabies to Paralyze, which featured Billy Gibbon's of ZZ Top. Their next album, Era Vulgaris, saw Josh Homme experimenting more with the band's sound.

While the band went on hiatus in 2009, they came together to release their next album, ... Like Clockwork, in 2013. They continued to experiment with their music, which has led to many labels being given to them, everything from stoner rock to psychedelic and art house rock. In 2017, the album Villains was released.

They now have announced a vinyl reissue series of their first four albums for Interscope. Rated R and Songs For The Deaf are out November 22, while Lullabies to Paralyze and Era Vulgaris drop on December 20. The new vinyl reissues are being released via Interscope/UMe.