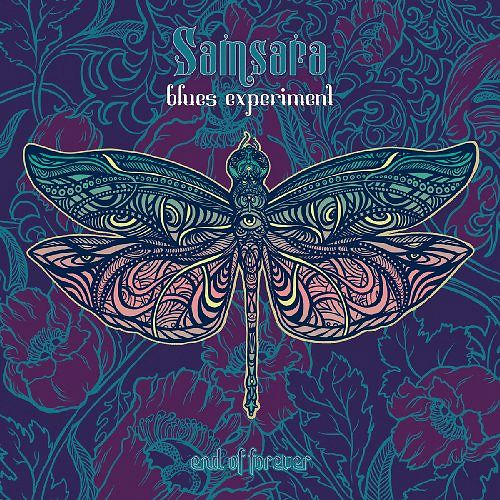 "Samsara Blues Experiment, one of the heavyweights of German psychedelic rock are leaving the scene, but anything but silently! 'End Of Forever' consists of seven songs. Compared to the 2017 album 'One Of The Universe' - which was defined in particular by the elaborate, 15-minute title track - the listeners will again experience a very organic production and a self-reflective bow in the direction of the early days of the band, without copying themselves. What is striking is the almost equal use of keyboards and synthesizers next to the guitar, which again and again manage to create a great atmosphere, not infrequently reminiscent of bands like Pink Floyd in the seventies - not necessarily from the sound, but simply from the craftsmanship with which they manage to send the listener on a journey, where destination and return are indeterminate and solely at the discretion and imagination of the listener - if he gets involved. With 'End Of Forever' Samsara Blues Experiment created a farewell statement, which already makes you want to see them again." ~Rockblog Bluesspot.

Samsara Blues Experiment (SBE) were founded in 2007 by Christian Peters (voc, git, keys etc), and in 2008 completed with Richard Behrens (bass until 2015), Thomas Vedder (drums) and Hans Eiselt (guitar, later bass). Since 2020 the band is on hiatus.