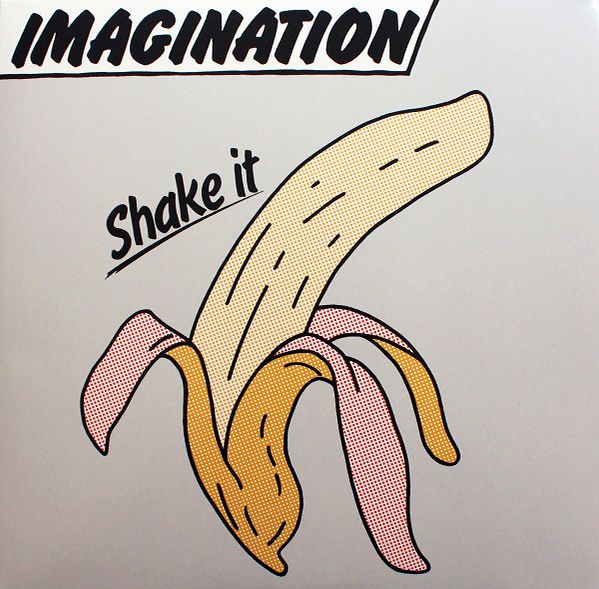 The perfect marriage of AOR, post-disco, and Balearic blue-eyed soul!
€ 26,95

Imagination was founded in 1975 as a jazz rock school band in Düsseldorf by flute and saxophone player Uwe Ziss. Core members were Willi Hövelmann on guitar, Mario F. Demonte on piano, Robert Schlickmann on bass and Andreas Oelschläger on drums.

After several performances in and around the area, their reputation as an excellent live band grew quickly. Having played their first bigger national performance at the Berliner Funkausstellung, Imagination was selected to play at "Pop am Rhein", a bigger newcomer festival, with 4 other bands in 1977. This led to journalist and radio host Wolfgang Neumann inviting them to record professionally at the WDR Funkhaus in Cologne. Later on, Schlickmann left the group and was replaced by Michael Conrad.

This new band formation was developing a new style which left behind their instrumental jazz rock roots and incorporated elements of Westcoast, Post-Disco and Soft Rock. At that time, Uwe Ziss also became the lead singer of the band. Soon before "Shake It" was recorded, "Micky" Conrad had to leave the group and Stefan Trippe joined the new Imagination. Additionally, in 1979, the younger Roger Mork, first a guitar student of Hövelmann, became second lead singer and second guitarist and can be heard on tracks like "Strawberry Wine", "California", and "Morning Lights".

After their debut album "Shake It" was released privately in 1980, the band had to face several complications. Most notably, negotiations with a label and publishing company were made and their LP was reissued in 1981 under false promises and without their consent. Unfortunately, at the same time, the group had to face a UK band under the same name having major success and making it difficult (not to say impossible) to perform as Imagination. Though the band was still active and still recorded tracks after "Shake It", they split shortly after the '81 reissue release.