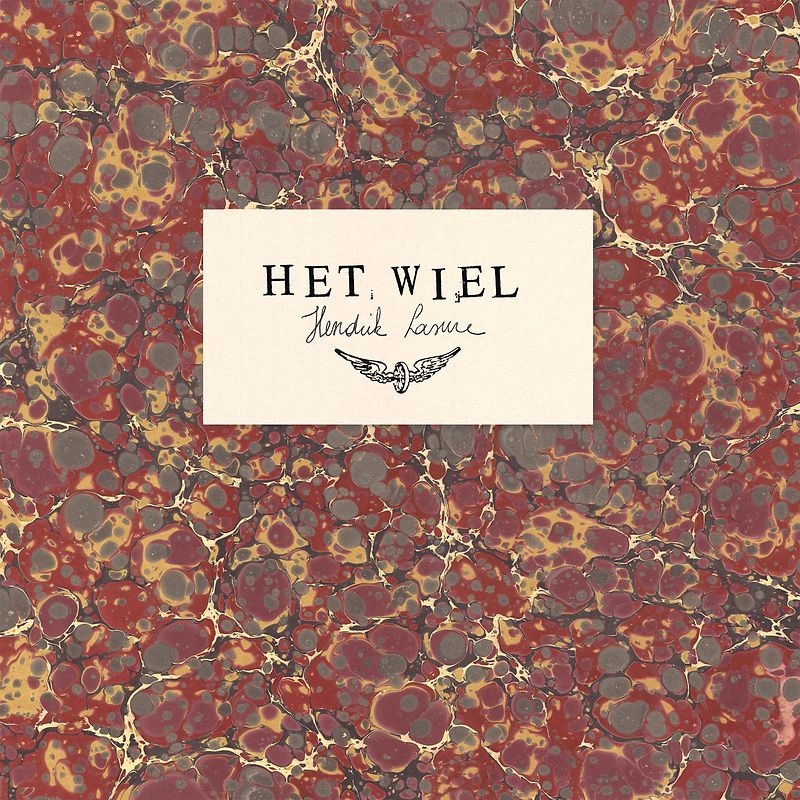 Hendrik Lasure leaves the safe harbor and opens up his heart on his new record 'Het Wiel' (The Wheel). After around ten acclaimed instrumental albums with different ensembles, he decides to play with language for the first time and sings in his own colloquial language. "I want it to feel as intimate as possible, both in the lyrics and in the performance. Suddenly I really heard my true self - beautiful and ugly at the same time, but very human and honest nonetheless"

Brussels, 2020. The world is silent, the big city is sleeping. As a way of keeping himself busy, Hendrik dives into his memories in search of key moments from his early childhood. Moments that make a difference in a world that has dried up completely on a cultural level: the lyrics of the album were written in a time when nothing happened. This way Hendrik found a new challenge in playing with language after ten instrumental albums with ensembles schntzl, Bombataz, warm bad and An Pierlé Quartet. On 'Het Wiel', the words are central and form the seed from which all music originated.

The musical concept for this album had been haunting Hendrik for a while: recording songs in Dutch that feel immensely close, which are sung in Hendrik's colloquial language. His pronunciation is not cleaned up or magnified and therefore the music feels very honest and intimate. "I came to this way of singing by recording myself writing the songs. When I stayed very close to my own way of speaking while singing, it moved me much more, because I am not used to such direct communication in a song. Suddenly I really heard myself - beautiful and ugly at the same time, but very human and real'

On 'Het Wiel', too, Hendrik (though a gifted pianist) chooses to stay away from any form of virtuosity. Fragility is never avoided in his music, rather it is highlighted. After an academic education and plowing through countless scores behind the piano, Hendrik learns to play the guitar and sing, two musical roles in which there are still great risks for him. 'This way I can still slip, I don't always have a lot of backups at hand when playing the guitar and singing. Let's say there is more tension and excitement if you stay out of the comfort zone."

The entire record was produced by Koen Gisen, longtime partner-in-crime at schntzl, An Pierlé Quartet and Thunderblender. Hendrik wrote arrangements for a chamber orchestra with strings (La Chapelle Sauvage conducted by Karel De Wilde), double bass (Soet Kempeneer) and woodwinds. The lyrics often refer to Hendrik's childhood, so he thought it appropriate to include his father Joris Lasure and mother Els Mussels in the horn section. They play flute and clarinet respectively for the first time in a long while. On Bethlehem and Huil Voor Mij, Adia Vanheerentals (soprano sax, Bodem) and Koen Gisen (bass clarinet, An Pierlé Quartet) also play along. Hendrik sings, plays guitar, piano and also chest organ (a type of organ often used in the performance of Baroque music). This way, the play with the Catholic imagery of Huil Voor Mij, Hotel Dieu and Bethlehem is reinforced.