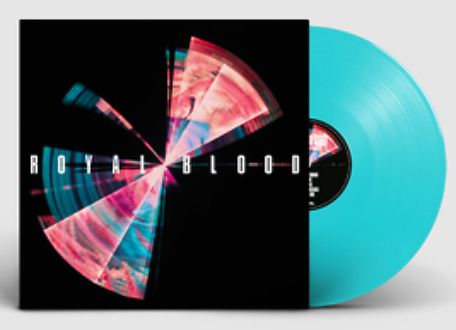 Eagerly anticipated third album Typhoons. When Mike Kerr and Ben Thatcher sat down to talk about making a new album, they knew what they wanted to achieve. It involved a conscious return to their roots, back when they had made music that was influenced by Daft Punk, Justice, and Philippe Zdar of Cassius. It also called for a similar back-to-basics approach to what had made their self-titled debut album so thrilling, visceral and original.

“We sort of stumbled on this sound, and it was immediately fun to play,” recalls Kerr. “That’s what sparked the creativity on the new album, the chasing of that feeling. It’s weird, though - if you think back to ‘Figure it Out’, it kind of contains the embryo of this album. We realised that we didn’t have to completely destroy what we’d created so far; we just had to shift it, change it. On paper, it’s a small reinvention. But when you hear it, it sounds so fresh.”

After two UK #1 albums, 2 million album sales and an array of international acclaim, you might’ve thought you knew what to expect from Royal Blood. Those preconceptions were shattered when they released ‘Trouble’s Coming’ last summer. Hitting a melting pot of fiery rock riffs and danceable beats, they delivered something fresh, unexpected and yet entirely in tune with what they’d forged their reputation with. Royal Blood are primed to be bigger than ever before. They’ll release their eagerly anticipated third album ‘Typhoons’ on April 30th.