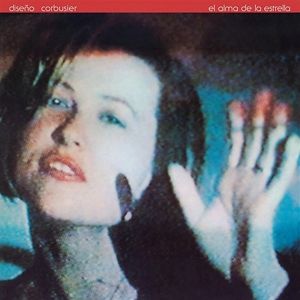 Formed in Granada by Ani Zinc, who also recorded under the name Neo Zelanda, and Javier G Marín, Diseño Corbusier were a fascinating and unique project of avant-garde electronics.

Their second LP, "El alma de la estrella" (1986), is a marvel of sound craftwork that gathers elements of industrial music, minimal techno and vocal manipulation through a dadaist and completely personal approach.

In the mid-80s Granada, a small city in the south of Spain, was a redoubt of avant-garde resistance. While Madrid bragged about being the capital of the new wave scene - the much-trumpeted Movida madrileña -, away from any media interest the Andalusian city was part of a European wide network where the free circulation of ideas and knowledge could be linked to the current copyleft movement. An international scene where musicians were editors and the artists were equally fans. They exchanged music following that do-it-yourself philosophy in which the cassette had an ideal role as the vehicle of music diffusion.

Ani Zinc would become an expert amateur of such activities. As a child, radio was her only contact with music. She received her first shock listening to 'Remember Love', the repetitive song by Yoko Ono. She later found out about Llorenç Barber. Only when she arrived in Granada to study psychology did she discover that she wasn't the only one that liked a kind of music that didn't resemble anything. Granada's proximity to Africa made it possible to tune into Arabic, flamenco and pop radio stations. She would record those sounds with a radio cassette and with her own hands she would cut and paste the magnetic tape. Unable to get that Yoko Ono song off her mind, she started discovering the possibilities of her voice. Diseño Corbusier was born out of that obsession. Also out of the electronic explorations of Javier G Marín, then a first year law student. They had met in 1981 after an ad in the music magazine Vibraciones. "If you're into bands like Cabaret Voltaire or Flying Lizards, call me", wrote Marín.

If their first record ("Pérfido encanto", 1985) was a vibrant experiment where the rhythms weren't yet muscled up, with "El alma de la estrella" (1986) the duo took a step ahead. They renovated some electronic equipment and signed a distribution deal between their own label, Auxilio de Cientos, and one of the most prosperous Spanish independents of the 80s, Nuevos Medios, who were working with labels such as Factory at the time.

'Golpe de amistad' came up as the most international track of a brilliant, expressionist and charmingly domestic repertoire. More confident than ever, Ani Zinc manipulated reality as if it were plasticine. "El alma de la estrella" gathered all her obsessions. On 'Chiquillo' she imitated the angry women's voices which filled the streets of the poor neighbourhood where she had grown up. 'Ritmo 21' can't hide her admiration for Yoko Ono's vocal register and the records by French female singers that her sister used to bring her from Paris. 'El club del ruido' came about as a fragmented document of an interview they did on the radio show of the same name.

Rather than electronic or even industrial music, Diseño Corbusier's second album was a vibrant piece of domestic craftwork. Very few got to hear it. The apparent lack of interest by Nuevos Medios to promote a kind of music better received outside Spain wasn't helped by the recent graduations of the couple. Selling fewer than one thousand copies didn't really encourage the purpose to live off their imagination.