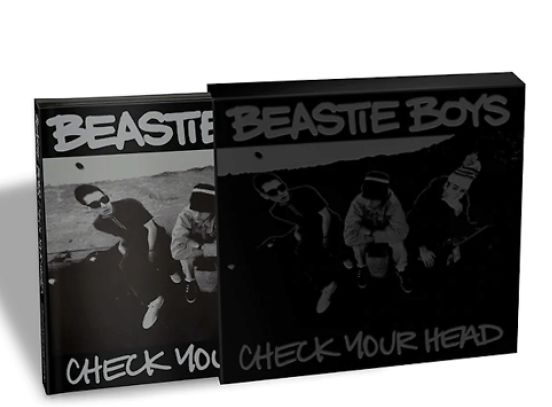 Celebrating the 30th Anniversary of Beastie Boys’ 2x Platinum Check Your Head album, this limited-edition deluxe reissue is a rare version of the album that was released as a limited run in 2009. Long out-of-print and sought after by fans and collectors, it features two bonus LP’s including remixes, live versions, and B-sides.

Featuring the songs ‘So What’cha Want’, ‘Pass the Mic’ and ‘Gratitude’ – Check Your Head was a somewhat return to their punk roots and introduced the trio playing their own instruments for the first time on record since their early EP’s. It marked the group’s first major release to feature largely full instrumentation, with Mike D on drums, Ad-Rock on guitar, MCA on bass, as well as Mario C on drums and Money Mark on keys; a hallmark of the group that set them apart in the hip-hop canon forever. First released in 1992, the Beasties settled into their new G-Son studios in Southern California for the album’s recording.