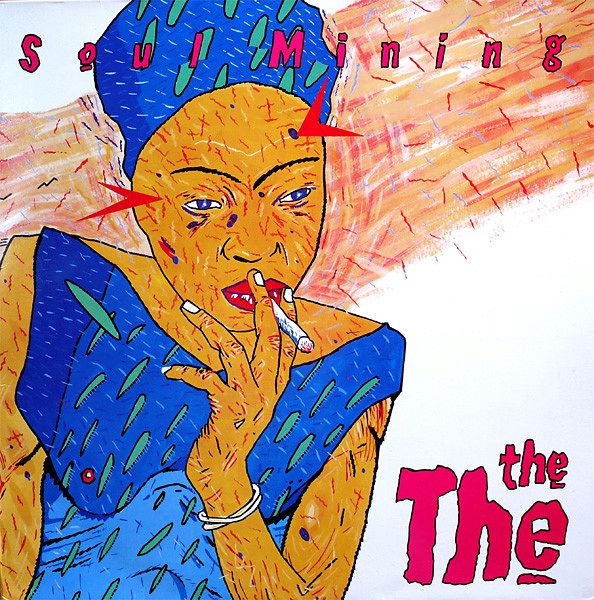 PRE-ORDER ITEM: This item will only be shipped to you on or after 28 October 2022. Please note any orders containing pre-order items won't be shipped until all items are available, so please order this separately to avoid delays. Release dates are at the mercy of labels, distributor, and pressing plants and will change constantly.
PICK-UP AT SHOP / FREE SHIPPING FOR ORDERS WITHIN BELGIUM AND EXCEEDING € 100 (FYI: we notice delays at Bpost which are out of our hands, if you want to be a 100% sure about delivery date, best choose pick-up) / Shipping costs are dependent on various factors and are calculated in your shopping cart. Add this item to your cart to see the shipping cost. Or pick up your order at our store in Ghent.

Soul Mining is the debut album by British post-punk/synth-pop band the The. Originally released on 21 October 1983.

The album fuses Gothic, proto-industrial soundscapes with searing lyrics focused on the trauma induced on the psyche of the young man in an urban environment, which would become a common theme in Matt Johnson's work. Collapsing relationships, impending doom, angst over a directionless life, are all universal themes which are tackled with a clarity of vision unmatched by the majority of his peers. The music itself is equally impressive, as it transitions seamlessly from hard, cold, electronic beats to more classical instrumentation such as piano and even percussive elements that would not sound out of place at a tribal bonfire. Like other The The releases, the album does not beat around the bush. It covers a lot of ground relatively quickly, and leaves a lasting impression on your soul.