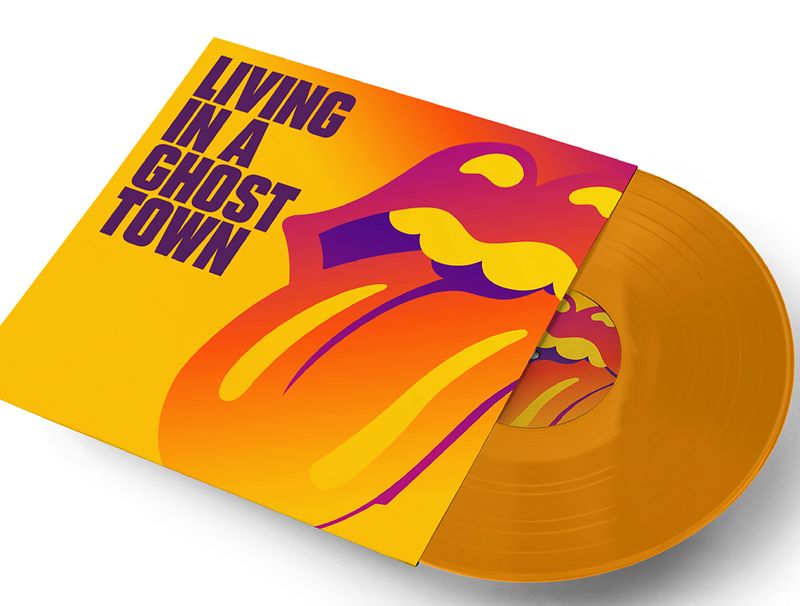 Limited Orange Stones 10 Inch!
€ 13,95
Add to wishlist
PICK-UP AT SHOP / FREE SHIPPING FOR ORDERS WITHIN BELGIUM AND EXCEEDING € 60 (FYI: we notice delays at Bpost which are out of our hands, if you want to be a 100% sure about delivery date, best choose pick-up) / Shipping costs are dependent on various factors and are calculated in your shopping cart. Add this item to your cart to see the shipping cost. Or pick up your order at our store in Ghent.

The Rolling Stones released a new song that was partially recorded while the band was in isolation due to the coronavirus pandemic.

Written by Mick Jagger and Keith Richards, the band originally intended it to be part of an upcoming album, but decided it was an appropriate track to release during the COVID-19 pandemic as everyone is stuck inside and the streets in some parts of the world look like a literal ghost town

Mick Jagger said the band were “recording some new material before the lockdown and there was one song we thought would resonate through the times that we’re living in right now. We’ve worked on it in isolation. And here it is.”

Keith Richards said: “We cut this track well over a year ago in LA for a new album, an ongoing thing, and then shit hit the fan. Mick and I decided this one really needed to go to work right now and so here you have it.”

More by The Rolling Stones