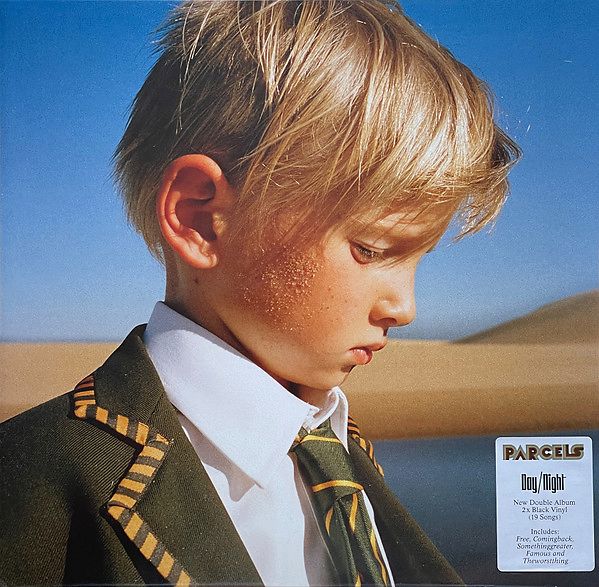 Opening with “Light,” Parcels take their listeners home on a journey into themselves and their world. The five individuals – guitarist Jules Crommelin, keyboardist Louie Swain, keyboardist/guitarist Patrick Hetherington, bassist Noah Hill, and drummer Anatole “Toto” Serret – were raised in Byron Bay, Australia, a place resembling paradise. When they hit adolescence, Parcels’ band members wanted to escape, and the desire to build a new life ultimately took them to Berlin, which, in the aspect of weather, was the complete antithesis of their hometown. Graced by a burgeoning party scene, the band members’ experiences over the past five years are now translated into song chords on Parcels’ long-awaited sophomore LP, the conceptual double album Day/Night.

Parcels’ new record thrives on the concept of duality: Day and night, two worlds crossing paths every 24 hours. The opening of the album is reminiscent of a sunrise; it’s a new beginning, not only for the band, but also for all of us. In the first half of the record, they take their fans on a journey down memory lane. The memories of the past five years shaped them into the human beings they are today.