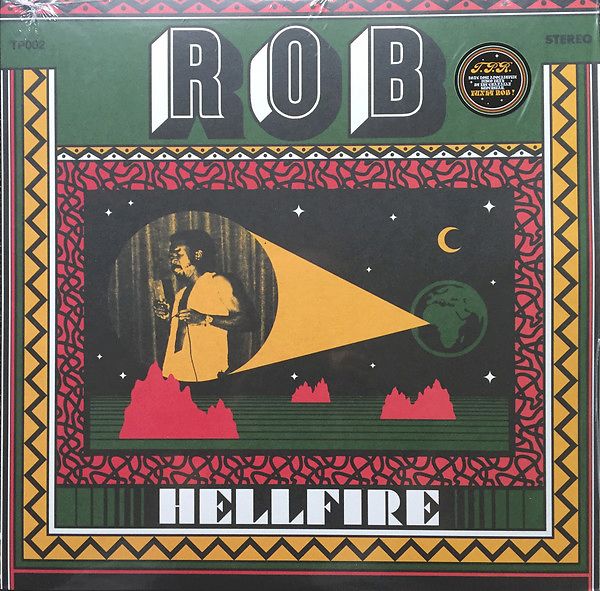 "After many years the long lost Apocalyptic Disco Funk offering has been unearthed and re-released for the world to hear. Rob’s prophetic pre-apocalypse disco message, Hellfire, was originally released as a promotional LP by Nigerian label Taretone. Though a seminal work by Rob, disco stylings had fallen from vogue on the Nigerian dance floors. With the local airwaves dominated by artists like Félix Lebarty, Rob’s promotional release was shelved, and never got to see a full-scale commercial issue. Ultimately the master tapes were lost by Taretone and the album was doomed to obscurity for decades until its recent rediscovery by Tambourine Party Records.

Hellfire is both a disco burner and a frantic warning about the impending end of the world. From the downtempo title track Hellfire to the floor-filling Glory be to Jesus, Rob will be sure to get his message across. Once the needle is dropped it is hard to deny that even if the world is coming to and end you can die happy listening to this album."