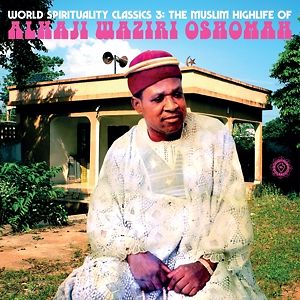 This is the third volume in Luaka Bop’s critically acclaimed World Spirituality Classics series, illuminating the relationship between music and belief.

Alhaji Waziri Oshomah begins his sermon before a dancing crowd. His lyrics warn about the vice of jealousy but the congregation is here to get down. We’re in a small part of Edo State in southern Nigeria called Afenmailand, which is known for being a harmonious region where Muslims and Christians live and dance together. The atmosphere is one of enjoyment, excitement, and pleasure, because to see Waziri perform is to be addressed, body and soul.

He’s the creator of a unique dance music that’s fused with local folk styles, highlife, and Western pop, and imbued with Islamic values— and he’s the greatest entertainer in all of Edo State.