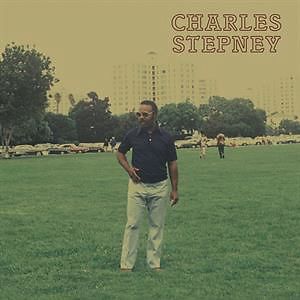 Collection of unearthed home recordings by the enigmatic soul/funk producer. On International Anthem
€ 32,95

International Anthem proudly presents "Step on Step", a double LP collection of newly unearthed solo home recordings created by enigmatic producer, arranger, and composer Charles Stepney in the basement of his home on the Southside of Chicago during the years before his untimely death in 1976. Incredible tip!!!

Stepney’s signature “baroque soul” sound is known to many as it’s heard in his prismatic orchestral arrangements for Rotary Connection, Minnie Riperton, Howlin Wolf, Terry Callier, Earth, Wind & Fire, and many more. His sound has been used by countless samplers in the hip-hop world including Kanye West, The Fugees, and MF Doom. But in comparison to the post-mortem renown of his sound, or the artists he supported while he was alive, Stepney is a greatly underappreciated figure... a genius relegated to the shadows.

Step on Step is Stepney’s eponymous debut album, featuring 23 bare-bones, demo-style home recordings, most of which are Stepney originals that were never again recorded by him or any other artist. Highlights from those original works include “Look B4U Leap,” one of several kinetic lo-fi dance numbers that feature Stepney having fun with an early-gen Moog synthesizer. It also features prototypical, seedling-style demos of Stepney compositions for Earth, Wind & Fire, including “That’s The Way of The World,” “Imagination,” and “On Your Face,” as well as the original version of “Black Gold,” which would eventually be recorded by Rotary Connection (as “I Am The Black Gold of The Sun”).

The otherwise unrecorded, previously unnamed original compositions of Step on Step were given their titles by Stepney’s daughters Eibur, Charlene, and Chanté Stepney, whose voices are also heard throughout the album, telling stories and sharing memories about their father. The Stepney Sisters, who produced this album over many years, have long been engaged in efforts to celebrate their father’s legacy and bring his work into brighter light. They’ve cherished the tape reels left behind by their father in the basement of their home, transferring the audio on multiple occasions, and originally curating the collection of recordings heard on Step on Step for an ultra-limited CD on their own DIY label (The Charles Stepney Masters) in the early 2010s. In Summer 2020, audio from the tapes was re-transferred by Taylor Hales at Electrical Audio in Chicago. The tracks were treated and mixed by Dave Vettraino at International Anthem Studios in Chicago (where the Stepney Sisters’ vocal interludes were also recorded), then the final album program was edited and sequenced by Scott McNiece before mastering by David Allen.

This double LP collection – the first worldwide release of eponymous Charles Stepney recordings – presents, in the words of International Anthem co-founder McNiece, “a genuine, beautiful, deeply emotional and personal effort by three women to reconnect with their father and validate their own memories of his passion and brilliance.” It also represents a long-overdue fulfillment of Stepney’s unsatiated plan to release a solo album – which he once vowed his daughters that he would do, and that he would name it: Step on Step.