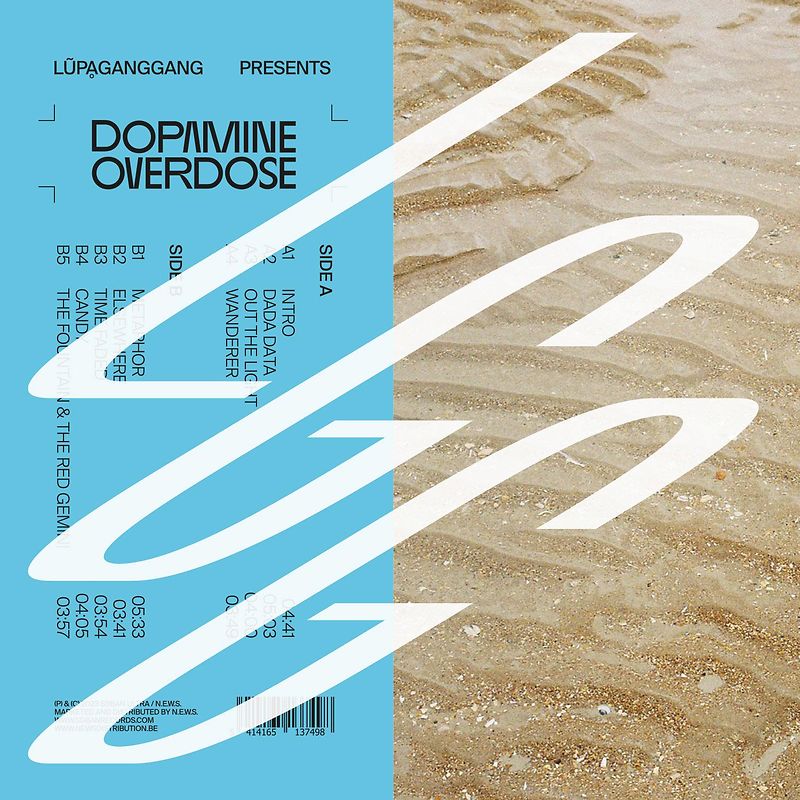 Debut full-length by the jazz-fusion band from Brussels. On Sdban Ultra!
€ 27,95

PRE-ORDER ITEM: This item will only be shipped to you on or after 17 March 2023. Please note any orders containing pre-order items won't be shipped until all items are available, so please order this separately to avoid delays. Release dates are at the mercy of labels, distributor, and pressing plants and will change constantly.
PICK-UP AT SHOP / FREE SHIPPING FOR ORDERS WITHIN BELGIUM AND EXCEEDING € 100 (FYI: we notice delays at Bpost which are out of our hands, if you want to be a 100% sure about delivery date, best choose pick-up) / Shipping costs are dependent on various factors and are calculated in your shopping cart. Add this item to your cart to see the shipping cost. Or pick up your order at our store in Ghent.

As rookies in the thriving Brussels scene, jazz fusion quartet LũpḁGangGang have been making waves the last couple of years. After the EPs 'Stalingrad' and 'Urban Detox', they are now releasing their debut album 'Dopamine Overdose' on March 17 via Sdban Ultra.

Lyrically the inspiration for the album comes from growing up in a digital world and the constant dopamine we all have to deal with because of that. Musically their sound is rich, diverse and hard to pin down, looking at Yussef Dayes, BADBADNOTGOOD and even Black Country, New Road for inspiration.

LũpḁGangGang started out as a jazz/funk cover band in 2017. Anton, Miel, Lena and Rob all met at a jam session summer camp while still in school. Over time, the band started writing their own songs and released two EPs to critical acclaim. Due to the band's desire for creative expansion over genres, they have been able to perform on various Belgian stages for the past three years including Ancienne Belgique to Flagey, Gent Jazz and Handelsbeurs in support of label mates, Black Flower.

The album title 'Dopamine Overdose' is a quote from the track 'Dada Data', a track about the influence social media tends to have on our lives. The album's recurring theme is definitely the struggle with today's hyper virtual society and the overwhelming influence tech is having on society. With unbridled enthusiasm the band tackle relevant themes and combine striking observations with a highly contagious and very diverse sound.

From "Out the Light'', a smooth track about being stuck in the image we all try to create of ourselves, to 'Wanderer', a jazzy tune about the road to self-acceptance, and from 'Candy', combining a punk attitude with infectious hand claps, to 'Time Faded', about the difficulty of finishing your artistic work, LũpḁGangGang constantly showcase their genre-defying versatility.

As a whole, the album is a very balanced collection of tracks, ranging from brooding atmospheres to punky explosions with a constant drive, social criticism and an indomitable energy binding it all together. A promising debut, indeed.

A3. Out The Light

B5. The Fountain & The Red Gimini