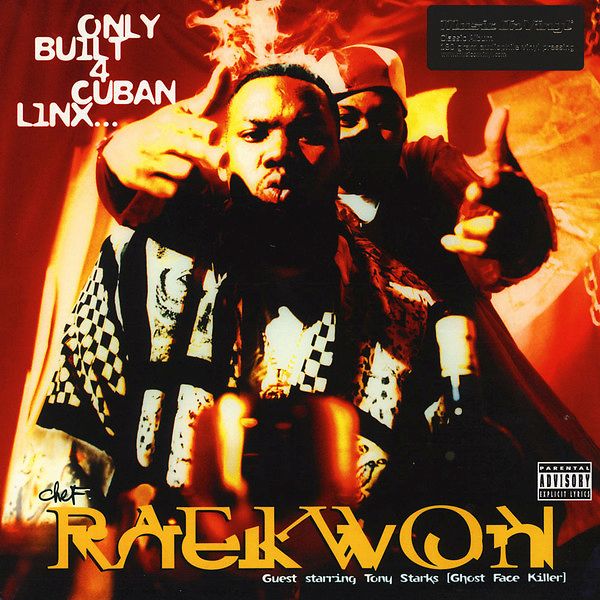 Only Built 4 Cuban Linx... is the solo debut album of American rapper and Wu-Tang Clan member Raekwon, released on August 1, 1995, by Loud Records and RCA Records. The album was loosely composed to play like a film with Raekwon as the "star," fellow Wu-Tang member Ghostface Killah as the "guest-star," and producer RZA as the "director." It features appearances from every member of the Wu-Tang Clan and affiliates Cappadonna, and Blue Raspberry. It also features an acclaimed guest appearance from rapper Nas, which marked the first collaboration with a non-affiliated artist on a Wu-Tang related album.

Only Built 4 Cuban Linx... has received acclaim from music critics and writers over the years, with many lauding it as one of the greatest hip hop albums of all time. With its emphasis on American Mafia insinuations and organized crime, the album is widely regarded as a pioneer of the mafioso rap subgenre. It is considered to have been highly influential on hip hop music over the next decade, Rolling Stone magazine placed it at number 480 on their 500 Greatest Albums of All Time list.