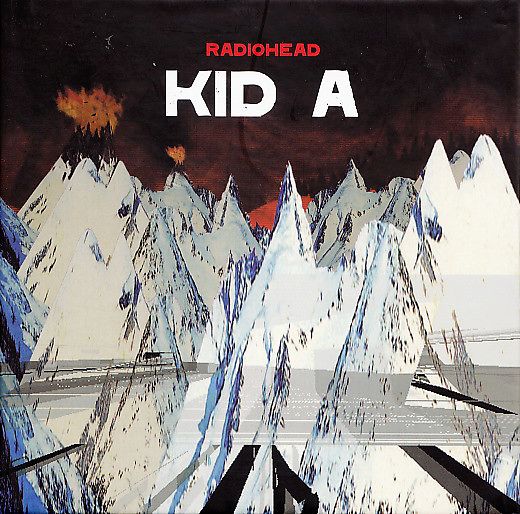 Kid A is the fourth studio album by Radiohead, released on 2 October 2000 by Parlophone. After having suffered a mental breakdown promoting Radiohead's acclaimed 1997 album OK Computer, songwriter Thom Yorke envisioned a radical change in direction. The band replaced their rock sound with synthesisers, drum machines, the ondes Martenot, string orchestras and brass instruments, and incorporated influences from electronic music, krautrock, jazz, and 20th-century classical music. They recorded Kid A with OK Computer producer Nigel Godrich in Paris, Copenhagen, Gloucestershire and their hometown Oxford, England. The sessions produced over 20 tracks, and Radiohead split the work into two albums: Kid A, and Amnesiac, released the following year.

Radiohead released no singles or music videos to promote Kid A and conducted few interviews and photoshoots. They became instead one of the first major acts to use the internet as a promotional tool; the album was made available to stream and was promoted with short animated films featuring music and artwork. Bootlegs of early performances were shared on file sharing services, and the album was leaked before release.

Kid A debuted at the top of the charts in Britain, where it went platinum in the first week, and it became Radiohead's first number-one album in the United States. Like OK Computer, it won a Grammy for Best Alternative Album and was nominated for Album of the Year. Its departure from Radiohead's earlier sound divided fans and critics, but it later attracted widespread acclaim. At the turn of the decade, Rolling Stone, Pitchfork and the Times ranked Kid A the greatest album of the 2000s. In 2012, Rolling Stone ranked it number 67 on its list of the 500 greatest albums of all time.

Box set release of the album, containing the original album, a bonus disc, a DVD (all in card sleeves), a booklet and three accompanying inserts.