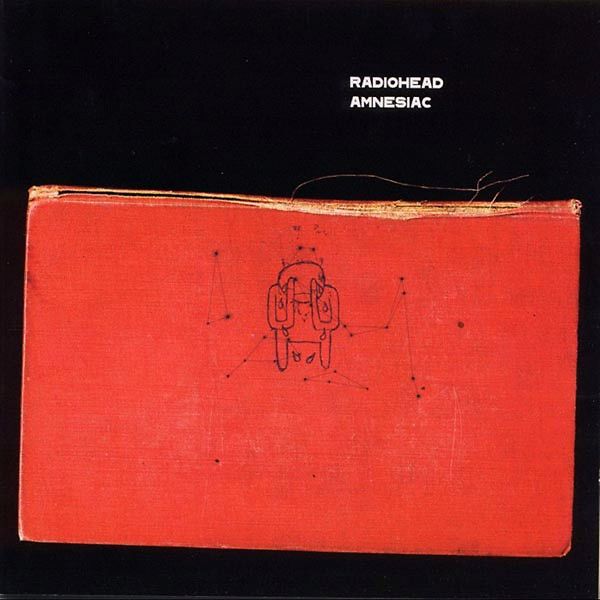 Amnesiac is the fifth studio album by the English rock band Radiohead, released in June 2001 by Parlophone. Recorded during the same sessions as Radiohead's previous album Kid A (2000) with producer Nigel Godrich, the album incorporates similar influences of electronic music, 20th-century classical music, jazz and krautrock. Its lyrics and artwork explore themes influenced by memory and reincarnation, with influences from ancient Greek and Egyptian mythology. Singer Thom Yorke described it as "another take on Kid A, a form of explanation."

Three singles were released from the album: "Pyramid Song", "I Might Be Wrong" and "Knives Out". Amnesiac debuted at number one on the UK Albums Chart and number 2 on the US Billboard 200 chart and had sold over 900,000 copies worldwide by October 2008.