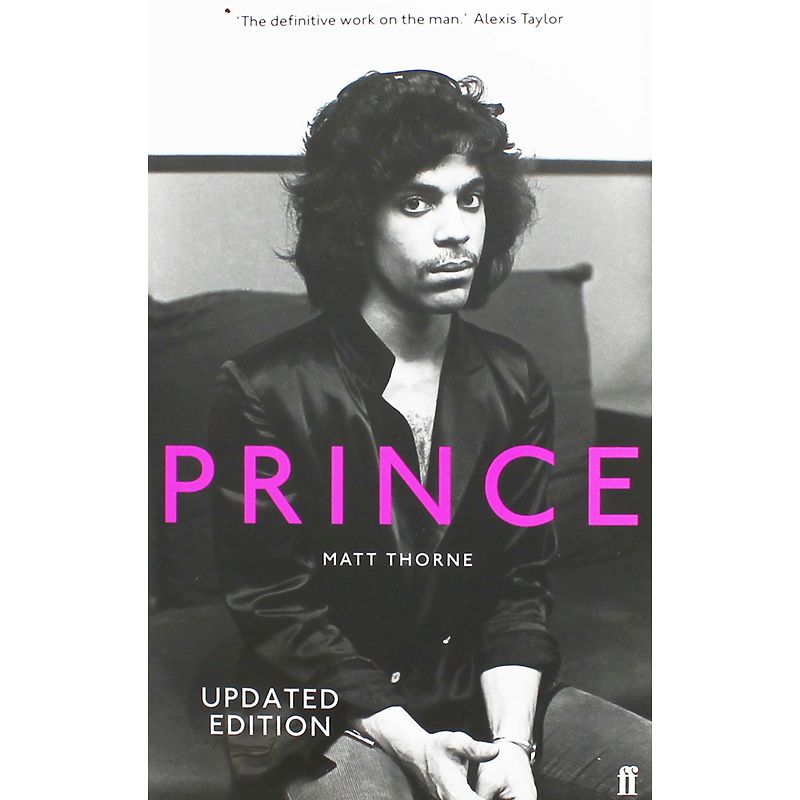 "The definitive work on the man."
€ 9,95
Add to wishlist
PICK-UP AT SHOP / FREE SHIPPING FOR ORDERS WITHIN BELGIUM AND EXCEEDING € 100 (FYI: we notice delays at Bpost which are out of our hands, if you want to be a 100% sure about delivery date, best choose pick-up) / Shipping costs are dependent on various factors and are calculated in your shopping cart. Add this item to your cart to see the shipping cost. Or pick up your order at our store in Ghent.

Legendarily reticent, perverse and misleading, Prince is one of the few remaining 80s superstars who still, perhaps, remains unexplained. Now a firm fixture in the pop canon, where such classics as 'Purple Rain', 'Sign o' the Times' and 'Parade' regularly feature in Best Ever Album polls, Prince is still, as he ever was, an enigma. His live performances are legendary (21 Nights at the O2 in 2007) and while recent releases have been modestly successful at best, his influence on urban music, and R'n'B in particular, has never been more evident. The Minneapolis Sound can now be heard everywhere.

Matt Thorne's Prince, through years of research and interviews with ex-Revolution members such as Wendy and Lisa, is an account of a pop maverick whose experiments with rock, funk, techno and jazz revolutionised pop. With reference to every song, released and unreleased, over 35 years of recording, Prince will stand for years to come as the go-to book on the Great Man.