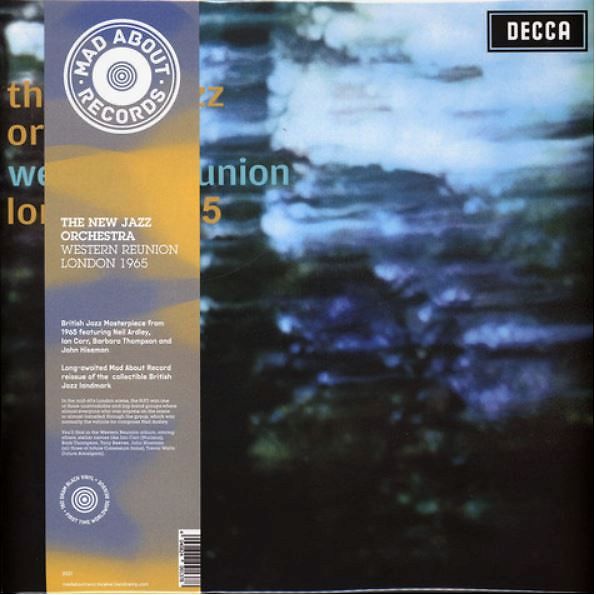 The New Jazz Orchestra was formed in December 1963, its name reflecting both the youth of its members - their average age was only 23 - and their mission to perform the new kind of orchestral jazz that was then developing in America but still to be heard in Britain. The personnel included such (then) non-jazz instruments as flute, horn and tuba in addition to the standard brass, saxes and rhythm line-up of the big band. This is the NJO's first album, recorded in March 1965 before an invited audience to make the young band feel at ease.

In the mid-60’s London scene, the NJO was one of those unavoidable big-band groups, where almost everyone who was anyone on the scene or almost transited through the group, which was normally the vehicle for composer Neil Ardley. You’ll find in the Western Reunion album, among others, stellar names like Ian Carr (Nucleus), Barb Thompson, Tony Reeves, John Hiseman (all three of future Colosseum fame), Trevor Watts (future Amalgam) plus a bunch more of lesser-known, but no-less gifted musicians like Paul Rutherford, etc.