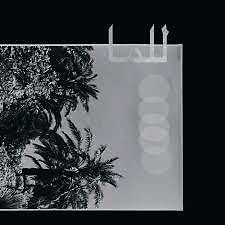 Release postponed to September 30th due to manufacturing issues. We'll fulfill your orders as soon as possible.

alma is a girl. her name is defined as ‘a piece of land that defends only on rain’. for john roan she is the wasteland that always laid between him and his mother, the giant wall blocking their speech and feelings. when all of the sudden the mother isn’t there anymore, lalma still seems to wander around in the vicinity. she migrates from the land at his feet to his shoulders. from that moment on, could she be acting as his compass? their mutual journey brings them to a black metal inspired album, but conceived on his own terms, defined by his own set of rules, without regard to what the die-hard fans of the genre will think. the album has the initial intention of a twisted but honest tribute to the mother. ‘twisted’ because of the way roan found his mother in her bedroom after a severe brain haemorrhage at a tipping point in her mental well-being. in 'beyond the pale' he presents linda blair as a visual reference to a scene in 'the exorcist', which will be his final image of her. ‘honest’ because she does not always get the star role that mothers often receive. ‘a tribute’ because he did love her.

john roan has been part of arsenal, a band that has been making waves in the last two decades with danceable electronic pop music and mesmerizing crowds with a rock-solid live reputation. but his extremely personal story could only be told with the use of a completely different vehicle. lalma turns out to be the perfect embodiment for this. without any prior knowledge of the genre, he starts digging into the sinister world of black metal, only to quickly come to the conclusion that this will be his weapon of choice. is it the speed that accompanies the music? is it the psychedelic aspect of the genre? there is no real answer to these questions, but he instinctively feels that he has found the language to tell his story….