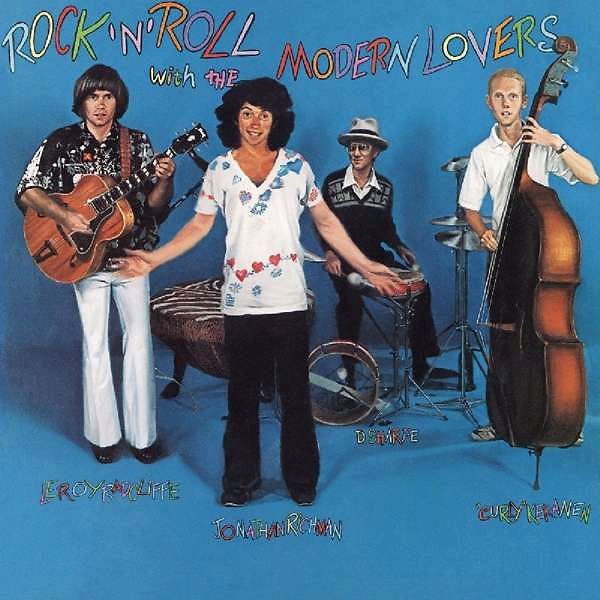 Richman, a native of Boston, became so enamoured of the Velvet Underground that he moved to New York in 1969, becoming personally acquainted with his idols, and once even opening the bill for them. Yet, he failed to make it as a musician in the Big Apple, returning home and establishing The Modern Lovers, modelled after The Velvets. However, just as they were signed up to Warner Bros, musical differences led to a premature split. Their demo recordings, released in 1976, served as a great influence to the emergence of punk bands on both sides of the Atlantic, while Richman became focused on producing a mellower sound. This became evident with this album with Richman fronting a new formation of The Modern Lovers. Mixing traditional folk songs, with covers of Jamaican music and his own left-field jaunty compositions, Richman left audiences perplexed as to what future musical direction he would take. This album containing a rock and roll version of ‘The Wheels on the Bus’, would deliver a Top Five UK hit with ‘Egyptian Reggae’, an instrumental version of a track by Jamaican musician, Earl Zero. A foot-tapping, if diverse, listening experience.