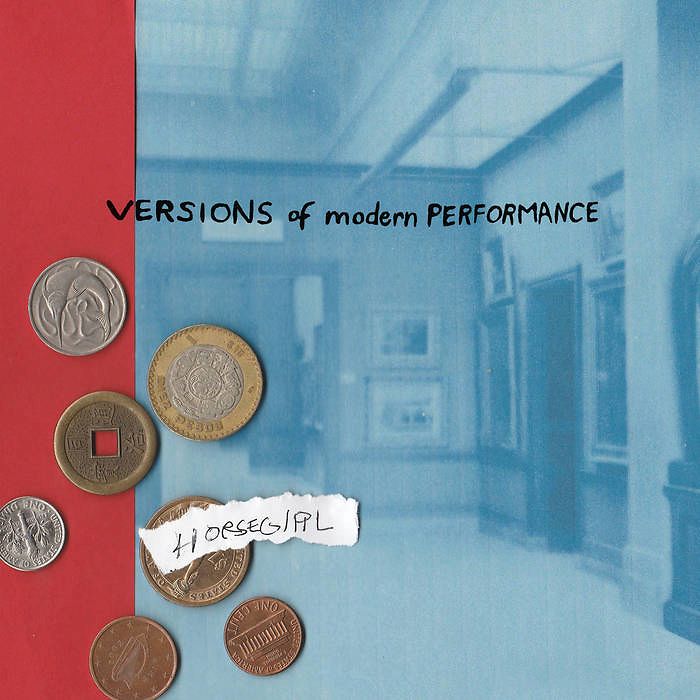 Horsegirl are best friends. You don’t have to talk to the trio for more than five minutes to feel the warmth and strength of their bond, which crackles through every second of their debut full-length, Versions of Modern Performance. Penelope Lowenstein (guitar, vocals), Nora Cheng (guitar, vocals), and Gigi Reece (drums) do everything collectively, from songwriting to trading vocal duties and swapping instruments to sound and visual art design. “We made [this album] knowing so fully what we were trying to do,” the band says. “We would never pursue something if one person wasn’t feeling good about it. But also, if someone thought something was good, chances are we all thought it was good.

”Versions of Modern Performance was recorded with John Agnello (Kurt Vile, The Breeders, Dinosaur Jr.) at Electrical Audio. “It’s our debut bare-bones album in a Chicago institution with a producer who we feel like really respected what we were trying to do,” the band says. Horsegirl expertly play with texture, shape, and shade across the record, showcasing their fondness for improvisation and experimentation. Opener “Anti-glory” is elastic and bright post-punk, while the guitars in instrumental interlude “Bog Bog 1” smear across the song’s canvas like watercolors. “Dirtbag Transformation (Still Dirty)” and “World of Pots and Pans” have rough, blown-out pop charm. “The Fall of Horsegirl” is all sharp edges and dark corners.

“If there’s one band that feels like they’re dominating SXSW’s buzz this year, it’s Horsegirl” – NME

“…. there’s something intensely special about their glorious sound” – DIY ‘NEU’