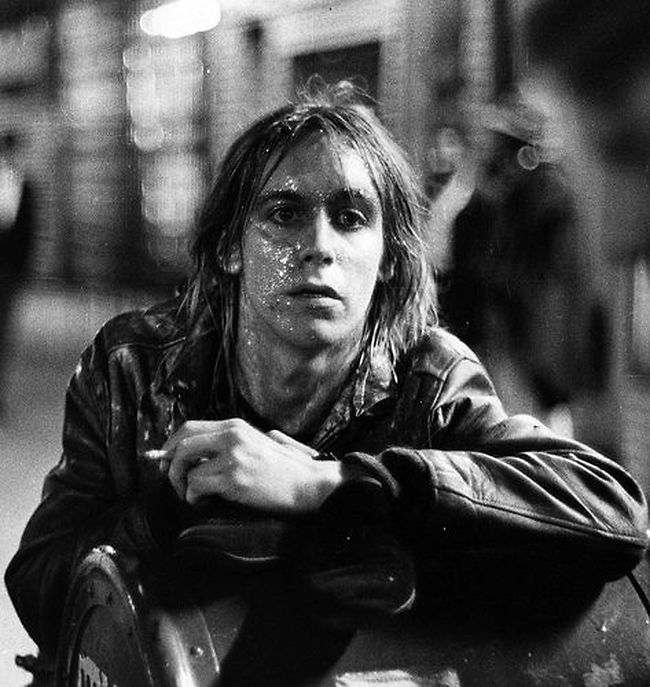 James Newell Osterberg Jr., known professionally as Iggy Pop, is an American musician, singer, lyricist, record producer and actor. Designated the "Godfather of Punk", he was the vocalist and lyricist of influential proto-punk band The Stooges, who were formed in 1967 and have disbanded and reunited multiple times since.  He had a long collaborative and personal friendship with David Bowie. Pop is well known for his outrageous and unpredictable stage antics, poetic lyrics and distinctive voice. He was one of the first performers to do a stage-dive and popularized the activity. Pop, who almost always  performs bare-chested, sometimes performed such stage theatrics as rolling around in broken glass and exposing himself to the crowd.