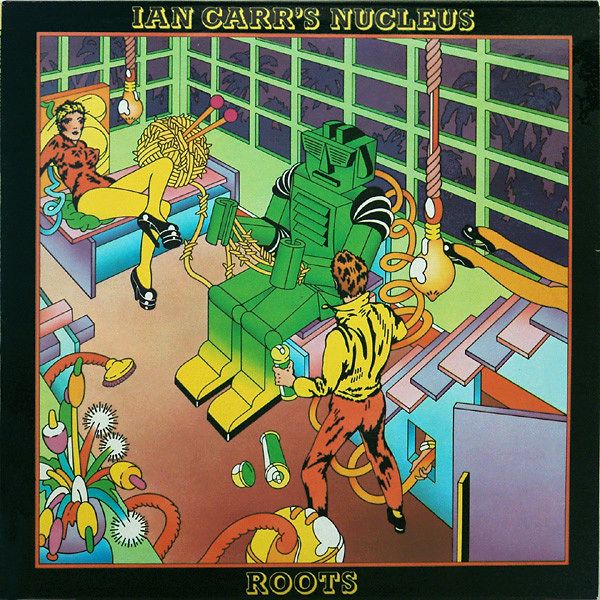 What an unbelievable record. From the wild cover to the iconic breakbeats, Roots from Ian Carr’s Nucleus is one of the dopest albums we know.

Originally released on Vertigo in 1973, other than a couple of versions at the time for other territories, Roots was never re-pressed since so it’s gone on to become another one of those impossible to find records.

Genius trumpeter and visionary composer Ian Carr was one of the most respected British musicians of his era. He was a true pioneer and saw the potential in fusing the worlds of jazz with rock, just as Miles Davis and The Tony Williams Lifetime did in the US. In late 1969, following the demise of the Rendell-Carr quintet, and tiring of British jazz, Carr assembled the legendary Nucleus. Regarding music as a continuous process, Nucleus refused to “recognise rigid boundaries” and worked on delivering what they saw as a “total musical experience”. We can get behind that.

Under bandleader Carr, Nucleus existed as a fluid line-up of inventive, skilled musicians. This constant evolution and revolution was all part of the continuous musical exploration and discovery that took jazz to new levels.

Maybe it was a little too out there for the time, but it’s aged very, very well indeed and this Be With re-issue, re-mastered from the original analogue tapes, shows off just why this deserves to be back in press.