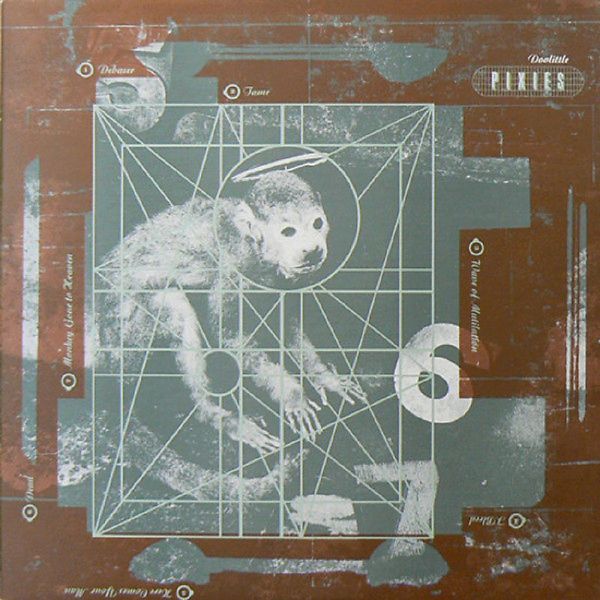 Doolittle is the second studio album by American alternative rock band Pixies, released in April 1989 on 4AD. The album's offbeat and dark subject material, featuring references to surrealism, Biblical violence, torture and death, contrasts with the clean production sound achieved by the newly hired producer Gil Norton. Doolittle was the Pixies' first international release, with Elektra Records as the album's distributor in the United States and PolyGram in Canada.

Pixies released two singles from Doolittle, "Here Comes Your Man" and "Monkey Gone to Heaven", both of which were chart successes on the US chart for Modern Rock Tracks. The album itself reached number eight on the UK Albums Chart, an unexpected success for the band. In retrospect, album tracks such as "Debaser", "Wave of Mutilation", "Monkey Gone to Heaven", "Gouge Away", and "Hey" are highly acclaimed by critics, while the album, along with debut LP Surfer Rosa, is often seen as the band's strongest work.

The album has been cited as inspirational by many alternative artists, while numerous music publications have ranked it as one of the most influential albums ever. A 2003 poll of NME writers ranked Doolittle as the second-greatest album of all time, Rolling Stone placed the album at 226 on its list of "The 500 Greatest Albums of All Time" and Pitchfork ranked it as the fourth best album of the 80s.