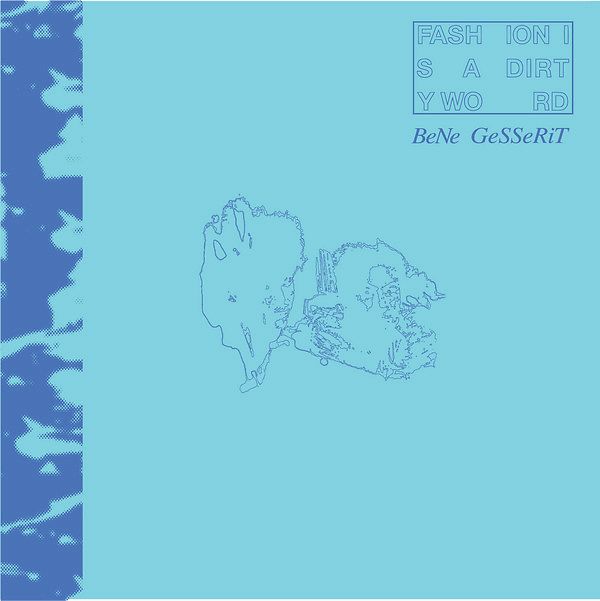 Somewhere somebody is dancing in black and white silence, crying to a thumping beat. The sound that is creeping up behind them is BeNe GeSSeRiT. The project of Belgian innovators and couple, Alain Neffe (who has been running cult label Insane Music for decades) and Nadine Bal, BeNe GeSSeRiT land equally between dance music, sound collage and digital séance. Beyond the countless alias' of the Neffe empire, Alain is credited to putting out bands such as Algebra Suicide, Merzbow, and others like those in his compilations, "Insane Music for Insane People" on his Insane Music imprint.

Featuring some songs fueled by an 80s dance floor sensibility and others so far away and isolating they dare you to try to dance. Many of the tracks are so unrecognizable they don't register as songs, just flashes of sound accompanied by titles ripped right from the pages of a southern novel, and vocal performances just as haunting. The sounds on Fashion is a Dirty Word are still as foreign and captivating as they were when they were originally released in '87. Like a strange land slide into an indistinguishable future past, gathered here as one.