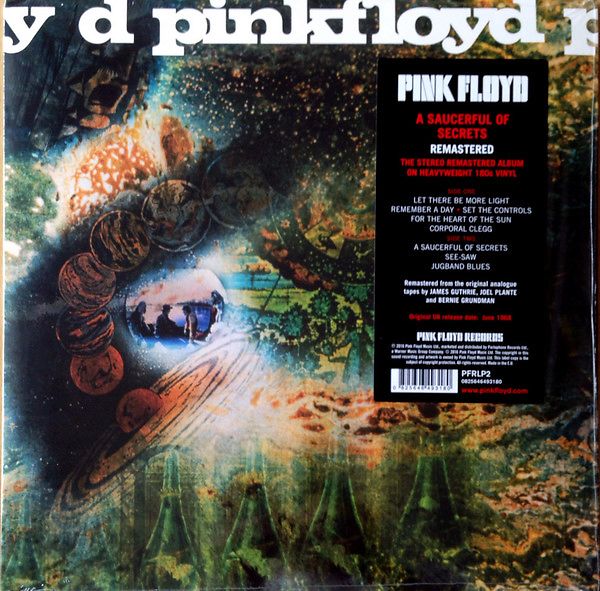 A Saucerful of Secrets is the second studio album by Pink Floyd, released on 29 June 1968 by EMI Columbia in the United Kingdom and released on 27 July 1968 in the United States by Tower Records. The album was recorded before and after Syd Barrett's departure from the group. With Barrett's behaviour becoming increasingly unpredictable, he was forced to leave the band and David Gilmour was recruited in January 1968.

Upon release, A Saucerful of Secrets reached #9 in the UK charts, but failed to chart at all in the US. The album received mostly positive reviews, though many critics have deemed it inferior to The Piper at the Gates of Dawn.