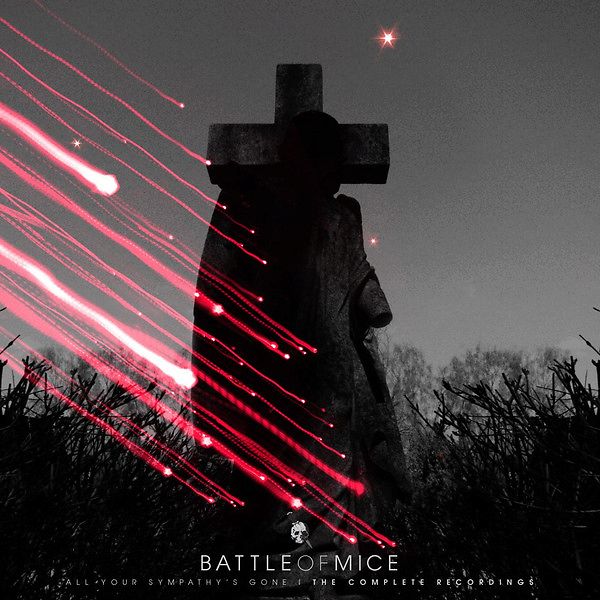 Post-metal supergroup reissued! For Fans Of Red Sparrowes, Made out of Babies, Neurosis ...
€ 32,95

It has been over a decade that Battle of Mice released their groundbreaking album “A Day of Nights”. The band, consisting of Josh Graham (A Storm of Light, IIVII, ex- Neurosis, ex- Red Sparowes), Julie Christmas (ex- Made Out of Babies), Joel Hamilton (Book Of Knots), Tony Maimone (Book of Knots, Pere Ubu (Official)) and Joe Tomino (Fugees, Dub Trio, Peeping Tom), was heralded as a post-metal supergroup.

Battle of Mice unfortunately existed only a few years, but their musical legacy is tremendous. The album, previously released on Neurot Recordings, never saw a vinyl release. For the 10th anniversary, Consouling Sounds payed homage to this seminal album by releasing it on vinyl for the very first time, augmented with the music from their split album, collecting all of Battle of Mice’s music on a lavish 2LP set. The music has been especially remastered by Doug Henderson (also Swans, The Necks, Insect Ark, …), who revisited the original master recordings for this vinyl reissue.

For Fans Of Red Sparrowes, Made out of Babies, Neurosis

"This album is one of those rare flashes of greatness that comes along once in an almost never, stings you like a slap in the face, and is gone. Like the drunk’s moment of clarity. If you’re not left with red finger marks on your face by the end of it, you might want to rethink your musical taste." - The Aquarian

"Shift your ears downward for the incredibly creepy Bones in the Water. This is where the batshit insane tag begins to be earned. It’s an immense tune, but fuck me do the lyrics creep me out." - Heavy Blog Is Heavy

"Pairing evocatively delivered X-on-wrists girl vocals with icy keys and a plodding beat, Mice mince any wince-worthy associations you may have with Neurot, delivering a sound that is leaving me scrambling for a point of reference." - Tinymixtapes