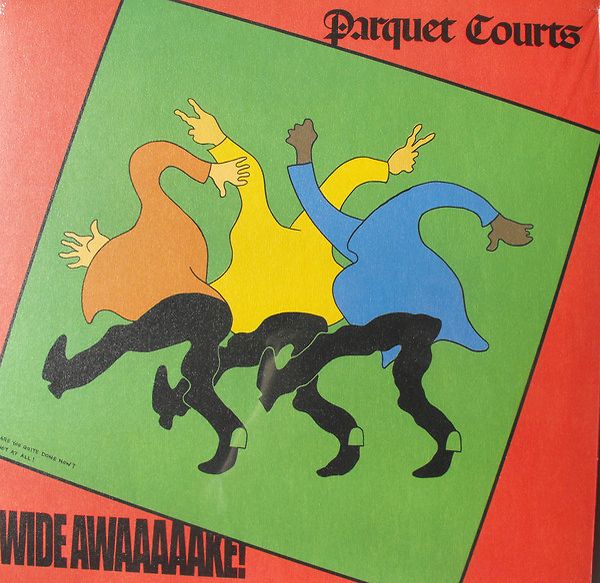 On their fifth album, Parquet Courts enlist Danger Mouse to produce an album of joyfully absurd, danceable rock music. It is straightforward but alien, simple but endlessly referential. - Pitchfork

Parquets Courts' fifth album Wide Awake! - produced by Danger Mouse - is a groundbreaking work, an album about independence and individuality but also about collectivity and communitarianism. The songs, written by Andrew Savage and Austin Brown but elevated to even greater heights by the dynamic rhythmic propulsion of Max Savage (drums) and Sean Yeaton (bass), are filled with their traditional punk rock passion, as well as a lyrical tenderness. The record reflects a burgeoning confidence in the band's exploration of new ideas in a hi-fi context.