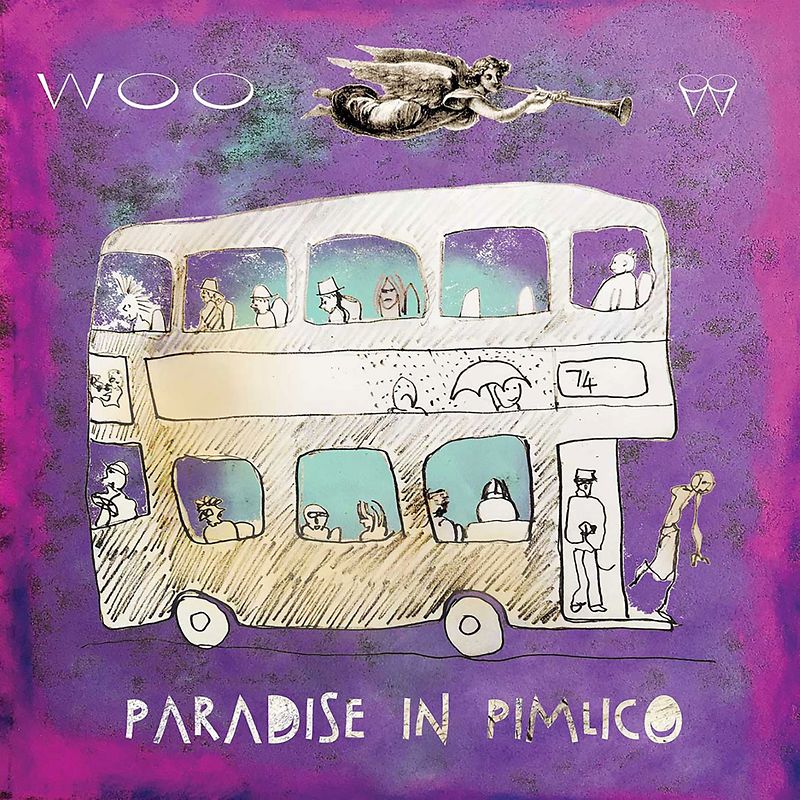 After their celestial Arcturian Corridors opened proceedings on Quindi, London-based brothers Clive and Mark Ives are back with a new record. When Woo first began recording at home in the early 70s, Clive and Mark were the embodiment of furtive genius. Since re-emerging in 2013, they’ve released scores of albums, collaborated with Seahawks, and have now struck up a productive relationship with Quindi.

On Paradise In Pimlico, you’re hearing a very different sound to the one gently creaked out on early classics like Into The Heart Of Love. This is fulsome, contemporary production rich in detail and artful sound design, but crucially, Clive and Mark’s gorgeously melodic approach remains open and inquisitive, even with the sheen and shimmer of modern studio techniques.

Woo sound more confident than ever in their composition, too. The crystalline, fragile tones of ‘Cadenza D’Innocenza’ glide through key changes that spell out an engrossing narrative, while the cascading melodies on ‘Moment To Moment’ pirouette across the space between notes with masterful poise. ‘Paradise In Pimlico’ is an illustrious suite of orchestral composition played out with the lightest touch, framed by the slightest of synthesized fauna and topped off with tender sax and flute. Album closer ‘In Case Love Fails’ takes on a subtly cinematic urgency with its undercurrents of walking bass and the strike of the string section (synthetic or otherwise).

There’s space for markedly new approaches, too. The rhythm section on ‘The Motorik Mirror’ clunks and pops with a tactile, high-definition quality which teeters between electronic sculpture and clockwork, organic machination. The deft, lightly-brushed drums coursing through ‘Even More Notes’ see Clive and Mark step into a different mood, celebrating the beat as another fluid, tonally-rich texture in the mix and adding a smoky, jazzy hue to the Woo repertoire.

It’s far from a drum-focused exercise though. At every turn, you’re confronted with aching beauty and timbral surprises. If there’s one constant throughout Paradise In Pimlico, it’s the omnipresent chimes. These twinkling drops of light scattered throughout are something of a hallmark of Woo, ensuring the lilting, lullaby-like magic of their music persists whichever direction they head in.

A2 The Motorik Mirror

B1 Paradise In Pimlico

B2 Moment To Moment

B3 Even More Notes

B4 In Case Love Fails