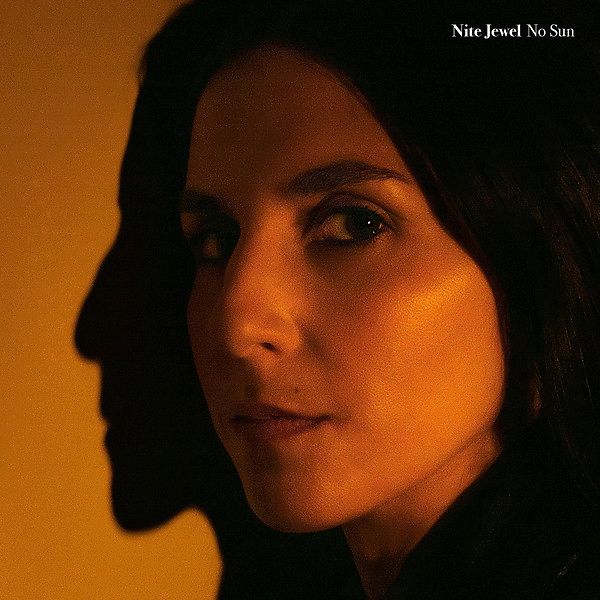 Born out of personal loss, the tradition of lament, and a Moog sequencer, Nite Jewel’s No Sun is a feat of unguarded electronic music. The album is grounded in Gonzalez’s electronic oeuvre and academic research, but is also a sonic expulsion of pain.

In 2018, Gonzalez’s twelve year marriage dissolved. This left her alone and displaced, drifting from friend’s couch to friend’s couch. At the same time, she began her PhD in Musicology at UCLA. Gonzalez’s research on women’s musical lament practices formed a historical backbone for what became No Sun. Dating back to ancient Greece, the lament has utilized female voices as a vehicle for expressing communal and personal grief. In her research, Gonzalez considers this tradition within the context of contemporary pop divas, asking the question “What does it mean to be a professional mourner?” or to be a woman hired as an emotional vessel for a historically male composer? Gonzalez’s research considers the creative power of such singers, arguing that while often seen as visceral performers alone, these women are agents in their own right.

No Sun questions and remodels the archetype of female pain. The album follows the tradition of a woman’s voice in lament, but Gonzalez’s role as an auteur producer complicates the stereotype of a female voice as a mere repository for suffering.

The creation of this album was a ritual practice, a spilling of sudden loss and abandonment. In its spacious and steady synth production, Gonzalez evokes deep loneliness. However, while No Sun could be interpreted as electronic dance music for an era of death or mourning, it is also a fervent celebration of life.

In her instrumentation—which oscillates from sparse synths to dizzying experimental soundscapes—she reforms the lament into something hypermodern. No Sun is stacked on top of a genre bending (and defining) career in which Gonzalez’ innovative songwriting has been the focal point. In No Sun, Gonzalez honors a tradition of mourners whose voices were overlooked as mere tools, by allowing the ethereal power of her voice to float to the forefront of her sonic world.