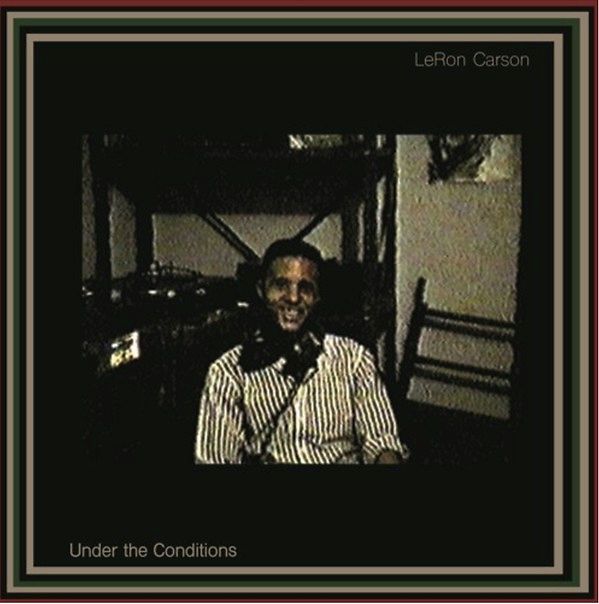 Posthumous compilation of tracks by one of the pioneers of the Chicago House sound. Tip!
€ 42,95

Posthumous release of some of the barest mechanics and deadliest Chicago House you’ll likely ever hear, mostly recorded in the 80’s and now finally released via Carson’s long time disciples at Sound Signature.

The cover of LeRon Carson's debut album is a reminder of another era; Carson, smiling in front of a pair of decks, bulky headphones around his neck. The Chicago icon died in 2016, but left behind a vast archive of unreleased music, much of it recorded in the 1980s when the House sound was in its wildly creative infancy. Theo Parrish has made much of his obsession with Carson's production and performances over the years - and has put out a handful of tunes on Sound Signature - but this full-length set might be the most fitting tribute, showing the depth and prescience of the producer's sound.

If you're looking for the root sound that gave rise to Theo Parrish, and in turn Newworldaquarium, Actress, and Andy Stott - this is pretty much the blueprint. Carson's veil-pierced ferric fuzz has been regularly duped but never quite captured. Carson didn't just pre-empt deep, knackered grooves either - tracks like 'Baby Said to Me' and 'Say It' tickle the same loopy funk euphoric sweet spot that Daft Punk, and the later entire French touch kru, would fire into the mainstream a few years later. MLK-sampling '72nd & Ogelsby' meanwhile can't help but remind of DJ Sprinkles with its spare beatbox shuffle and painfully moving square wave bass wind.

It's impossible to overstate the resonance of Carson's tracks; writing music from the Midwest - the US dance music heartland - in the country's beleaguered '80s, they're charged with a hedonism that's far from empty. It's a jubilant cry from Black America, chiming alongside established classic material from Larry Heard, Ron Hardy, Virgo, Adonis and Steve Poindexter.