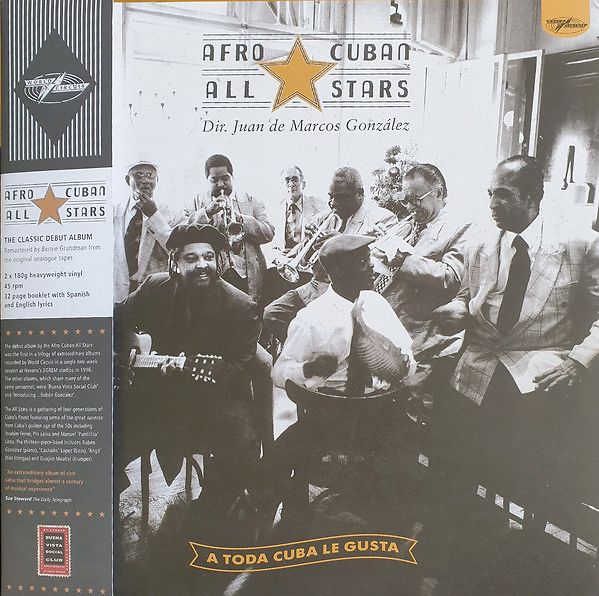 A Toda Cuba le Gusta is the first studio album by the Afro-Cuban All Stars, produced by Cuban bandleader and musician Juan de Marcos González and Nick Gold, and originally released on April 9, 1997 on World Circuit Records.

This album was the first in a series of three consecutive recordings that took place in early 1996, the subsequent albums being Buena Vista Social Club and Introducing...Rubén González.

A lively, spontaneous record that manages to sound both relaxed and forceful at the same time, A Toda Cuba Le Gusta shows off the talents of many of Cuba's elder statesmen of Afro-Cuban jazz. Over gently pulsating conga grooves and low-register ostinatos, such luminaries as pianist Rubén González and singer Manuel "Puntillita" Licea float dramatic melodies, as their solo contributions are answered by brass section chords as thick and sweet as cane syrup.