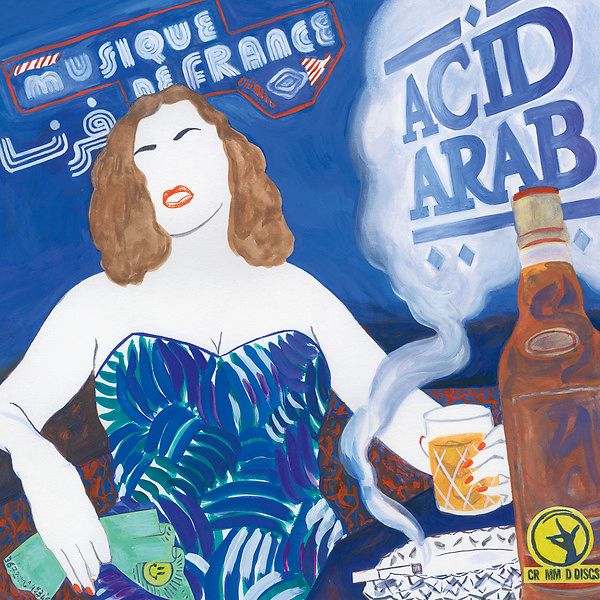 Mighty Parisian electronic music crew Acid Arab have been putting European festivals and club audiences under a spell for the last few years, with their intoxicating blend of sharp Western electronic music with Eastern sounds & vocals.

Formed in 2012 by Parisian DJs Guido Minisky and Hervé Carvalho, Acid Arab patiently honed their style by meeting with scores of artists from all over North Africa and the Middle East. Born in the transcultural cauldron that is Paris, their concept was to create a space for Arab culture in the world of contemporary electronic music.

Moving on to create their own tracks, they became a fully-fledged musical entity by teaming up with Pierrot Casanova, Nicolas Borne and, for studio and live activities, with sensational Algerian keyboard player Kenzi Bourras. Musique de France is their first album (released on Crammed Discs, an appropriate match, given the label's track record in terms of fostering musical cross-breeding).

No banging techno spiced up with darbouka samples here… no standard dance music with orientalist clichés: Acid Arab's music is sincere and deep. It's not a collage, not an appropriation, not even a "fusion". It originates from encounters on equal terms between different worlds. Between instruments, rhythms, melodic modes, musical technologies… and people.