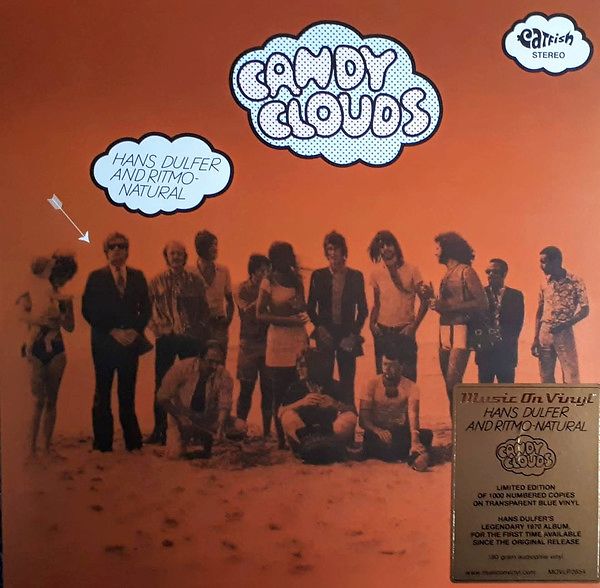 a mind-blowing Jazz-Rock fusion masterpiece and beyond...
€ 23,95

Hans Dulfer is a Dutch jazz musician famous for playing the tenor saxophone. With his band Ritmo-Natural he released his second album Candy Clouds in 1970.

The album consists of six songs, with its title track being split into two parts. One single was released, “Red, Red Libanon”, which hit the Dutch charts in both 1970 as well as 1977.

This rare Dutch jazz album is now available on coloured vinyl for the first time. Get it as a limited edition of 1000 individually numbered copies on transparent blue vinyl.

Candy Clouds' mind-blowing brand of fusion has much more in common with the free/spiritual jazz scene in Europe, and can be easily to compared to the experimental fusion efforts of Archie Shepp or Gato Barbieri in the 70's. It isn't even entirely accurate to call this jazz-rock, as though the two modes of music share the spotlight equally; the music here is as Latin as it is heavy, and so this becomes a fascinating record of Spiritual Free Jazz Latin Psych. Stupendous.