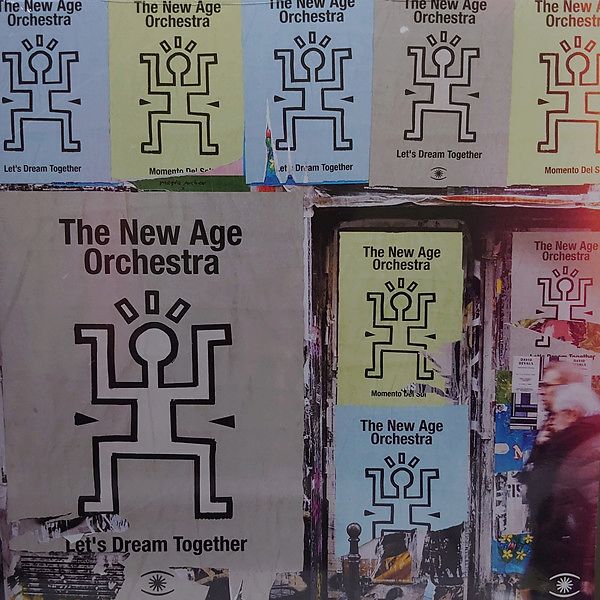 The original recording of 'Let's Dream Together' was born in a backyard studio in the heart of Copenhagen in 1989 by the original members of the Danish act Dr. Baker.

We had just finished recording our debut single 'KAOS' and wanted to make something in this new genre called "paradise", which was inspired by Manuel Göttschings classic 'E2 E4'.

So The New Age Orchestra was created as a side adventure to the ravey nature of Dr. Baker. The original vinyl pressing was a single-sided release with only one track 'Let's Dream Together' (part 4) and only 50 copies were made!

I managed to find the original 2-inch master tape and baked it in December 2019 - The stems were reborn and some arose that had never been used before.

My vision for this vinyl was to create a musical story in 5 steps. I added new recordings of Tenor Violin & Saxophone. I hope you will enjoy it as much as I did making it.