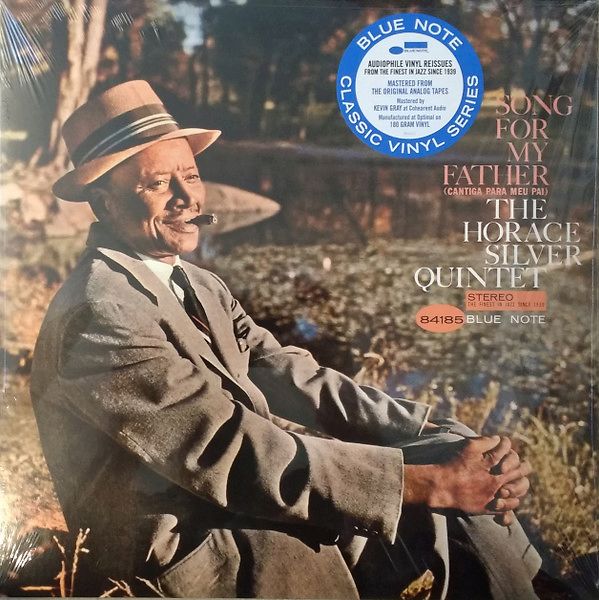 Song for My Father (Cantiga Para Meu Pai) is a 1965 album by the Horace Silver Quintet, released on the Blue Note label. The album was inspired by a trip that Silver had made to Brazil. The cover artwork features a photograph of Silver's father, John Tavares Silver, to whom the title composition was dedicated. "My mother was of Irish and Negro descent, my father of Portuguese origin," Silver recalls in the liner notes: "He was born on the island of Maio, one of the Cape Verde Islands."

In his 2006 autobiography, Let's Get to the Nitty Gritty, Silver recalled events leading up to the iconic 1964 recording following a visit to Brazil as a guest of pianist Sergio Mendes during the week-long Carnival festivities.

"Believe me, Carnival provided much excitement," he wrote. "After returning home to New York from my visit with Sergio and (drummer) Dom Um, I was haunted by the bossa nova rhythm I had heard in Brazil. So I said to myself, 'I'm going to try to write a song using that rhythmic concept.' I sat down at the piano for a few hours and came up with a new song using the bossa nova rhythm. However, the melody didn't sound Brazilian to me; it sounded more like some of the old Cape Verdean melodies my dad had played. Dad had always wanted me to take some of the old Cape Verdean songs and do jazz interpretations of them. This didn't appeal to me, but when I realized I had written a new song with a Brazilian rhythmic concept and a Cape Verdean melodic concept, I immediately thought about dedicating the song to Dad. So I titled it 'Song for My Father'."

More by The Horace Silver Quintet