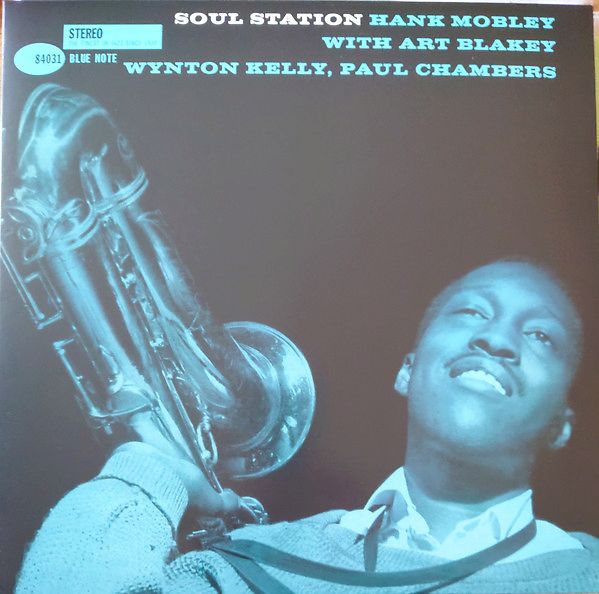 A stellar set from one of the more underrated musicians of the bop era...
€ 24,95

Soul Station is an album by jazz saxophonist Hank Mobley that was originally released in 1960 by Blue Note Records. It is considered by many critics to be his finest album.

Recorded at the Van Gelder Studio and rooted in the hard bop style, Mobley's quartet features Art Blakey (his past bandleader in the Jazz Messengers), and two bandmates from his time in the Miles Davis Quintet, Wynton Kelly and Paul Chambers. The album's bookends are two standards, "Remember" by Irving Berlin and "If I Should Lose You" by Ralph Rainger and Leo Robin. Between these standards are four new Mobley compositions, featuring the bluesy title track and the uptempo "This I Dig of You."

In the liner notes to the Rudy Van Gelder CD edition, jazz critic Bob Blumenthal explains how the album is understood to be, for Mobley, what Saxophone Colossus or Giant Steps were for Sonny Rollins or John Coltrane respectively. Blumenthal goes on to describe the recording as "one of the finest programs of music on Blue Note or any other label."