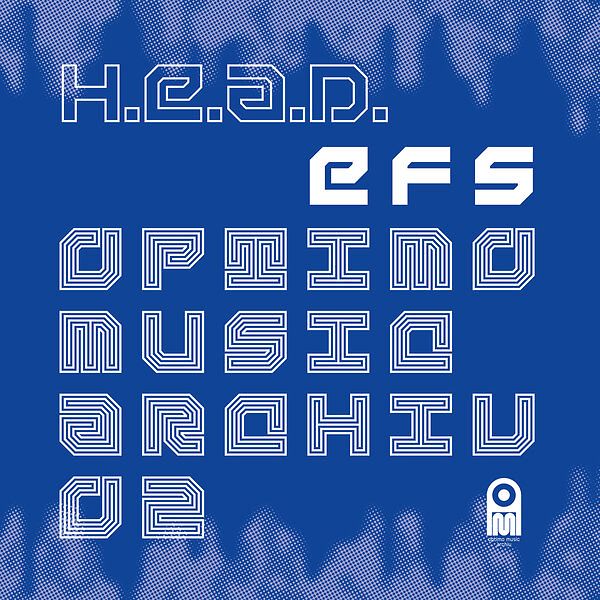 JD Twitch's archival label Optimo Music Archive is back for a second release, this time with a fully remastered 2021 edition of this 1993 gem. It came at a time when acid music had been hugely popular and seemingly every avenue had been explored. Until, that was, this record arrived from future Optimo ally Khan alongside Kerosene. It was recorded in a Brooklyn kitchen and is a sublimely syncopated album of hypnotic rhythms that are in constant but subtle flux. Muted acid lines that weave in and out and rubbery kick drums that root you to the groove. The record still sounds beamed back from the future today, more than 25 years on.

Or in JD Twitch's own words:

“By 1993 I was saturated in Acid. Over saturated! Since 1987 there had been an endless explosion of records from across the planet using the 303 and it seemed like the sonic possibilities offered by this little silver box had hit a dead end.

And then in 1993, from Germany, came the Blue label with mind-blowing releases by Air Liquide and friends. It felt like a new paradigm, paying homage to Germany’s Kosmische Musik past while paying respect to the Chicago Acid House originators while simultaneously looking ahead to a new form of transcendental music.

And then - BOOM! - the H.E.A.D. “EFS” double album drops. What is this music? Was it beamed in from the future? It ticked every box I loved. Endlessly hypnotic and expertly programmed with an effortless groove that sounds as if Jaki Liebezeit’s syncopations have been absorbed by the machines. It is Acid in ways my ears hadn’t heard before, the little silver box tweaked in new, exhilarating directions.

Made by future Optimo ally Khan, alongside uber talent, Kerosene and recorded in a Brooklyn kitchen, this double disc set became an eternal home listening and back room favourite. It is also a club favourite too, perhaps even more so now than it was then. It is endlessly mixable and playable at multiple speeds. A genuine classic long overdue a second life”.