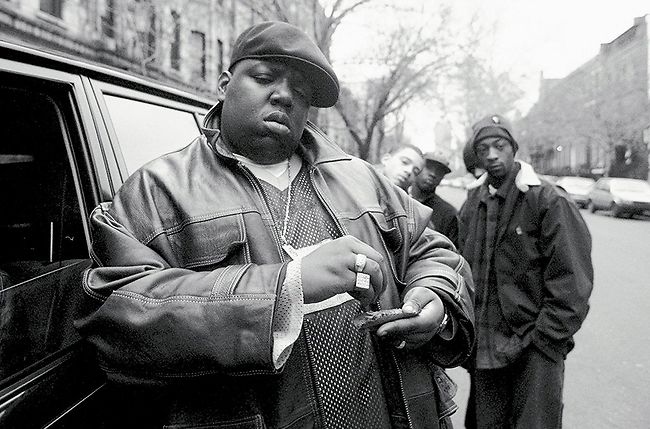 Notorious B.I.G. Better known as 'Biggie' (Business Instead of Game) was an East-coast based rapper. Mainly focussing on witty lyriscism and storytelling rap.
During his life he moved many crowds with his conversational style in Hip Hop.
He released two studio albums both garnering critical and public acclaim: 'Ready To Die' and 'Life After Death'. Notorious B.I.G. was shot to death from a drive-by in Los Angeles, CA on March 9, 1997.