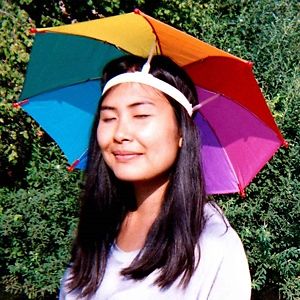 Wanthanee is excited to announce her upcoming debut album, out on 22 October 2021. Singles released so far are ‘Mid Day Dream’, ‘Taipei’ and ‘Soon’ and ‘Cold Summers’.

At the age of 4, Wanthanee started singing the songs from Disney's movie Snowwhite. When a friend of the family heard this, he told her grandmother that it would be a shame if she didn't do anything with music. Inspired by him, she chose the violin to be her very first instrument. Years later and classically trained in violin, says she knows too little about the contemporary music scene and once started playing guitar because her roommates could not appreciate the sound of a violin.

Later, against all her expectations, she won Studio Brussels' De Nieuwe Lichting in 2016, with the song ‘Only Shadows Remain’ and the public was introduced to 'The Nightingale of De Panne' or 'The London Grammar of the Lowlands’, both of which were mentioned by the press at random.

Convinced that singing her songs for an audience was something she loved doing, Wanthanee decided to take a leap in the dark and persued the ambition to share her music with others. With her acoustic guitar and impressive voice, she silences and charmes hordes of people at just about every venue in Flanders and festivals like Pukkelpop, Leffingeleuren, Crammerock, Werchter Parklife (support Tourist LeMC) and Leuven Air (support Milow). She also supported acts for George Ezra, Starsailor and Amongster. Her music has also been well received internationally; Germany, Sweden and the Netherlands are fans. But she has also been able to play nice performances in America, South Korea, and Taiwan.

On 22 October we expect the long-awaited debut album of Wanthanee. It’s a gem that confirms Wanthanee more than ever as... Herself. Her wide, warm voice still reaches out like a comforting shoulder while the rich arrangements draw the listener into her thoughts, her vision, her universe more than ever. It is a nice place to be, take it from us.