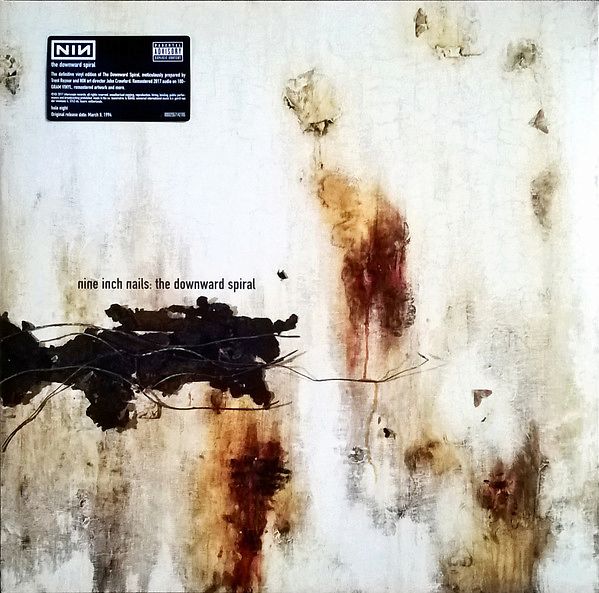 The Downward Spiral is the second studio album by American industrial rock band Nine Inch Nails, released on March 8, 1994. It is a concept album detailing the destruction of a man from the beginning of his "downward spiral" to his death by suicide. The Downward Spiral features elements of industrial rock, techno and heavy metal music, in contrast to the band's synthpop-influenced debut album Pretty Hate Machine (1989), and was produced by Nine Inch Nails frontman Trent Reznor and Flood.

The Downward Spiral was a major commercial success, and established Nine Inch Nails as a reputable force in the 1990s music scene, with its sound being widely imitated and Reznor receiving media hype and multiple honors, while diverging into drug abuse and depression. It has been regarded by music critics and audiences as one of the most important albums of the 1990s, and was praised for its abrasive and eclectic nature and dark themes, although it was scrutinized by social conservatives for some of its lyrics.