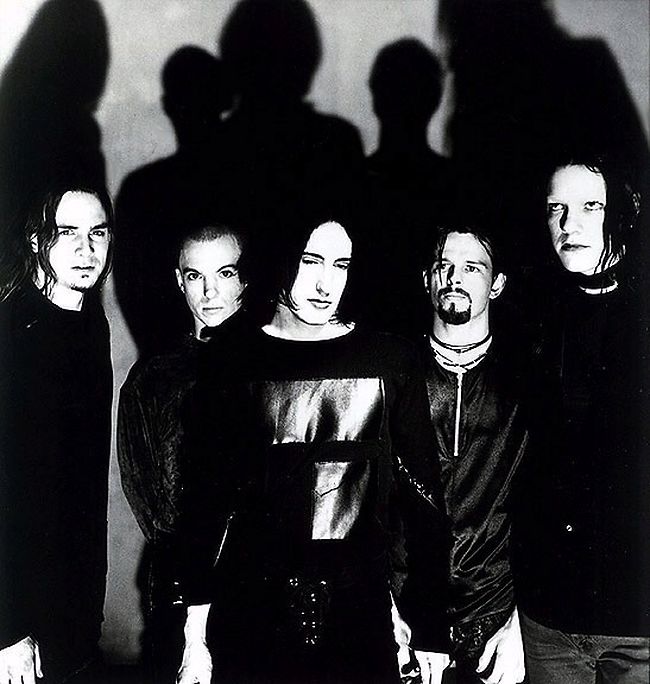 Nine Inch Nails, commonly abbreviated as NIN, is an American industrial rock band formed in Cleveland in 1988. Singer, songwriter, multi-instrumentalist, and producer Trent Reznor was the only permanent member of the band until the official addition of English musician and frequent collaborator Atticus Ross in 2016. The band's debut album, Pretty Hate Machine (1989), was released via TVT Records. After disagreeing with TVT about how to promote the album, the band signed with Interscope Records and released the EP Broken (1992). The following albums, The Downward Spiral (1994) and The Fragile (1999), were released to critical acclaim and commercial success.

Following a hiatus, Nine Inch Nails resumed touring in 2005 and released the album With Teeth (2005). Following the release of the album Year Zero (2007), the band left Interscope after a feud. Nine Inch Nails continued touring and independently released Ghosts I–IV (2008) and The Slip (2008) before a second hiatus. Their eighth album, Hesitation Marks (2013), was followed by a trilogy which consisted of the EPs Not the Actual Events (2016) and Add Violence (2017) and their ninth album Bad Witch (2018). In 2020, Nine Inch Nails simultaneously released two further instalments in the Ghosts series: Ghosts V: Together and Ghosts VI: Locusts.

Nine Inch Nails have sold over 20 million records and been nominated for 13 Grammy Awards, winning for the songs "Wish" in 1992 and "Happiness in Slavery" in 1996. Time magazine named Reznor one of its most influential people in 1997, while Spin magazine has described him as "the most vital artist in music". In 2004, Rolling Stone placed Nine Inch Nails at No. 94 on its list of the 100 greatest artists of all time. Nine Inch Nails were nominated for induction into the Rock and Roll Hall of Fame in 2014, their first year of eligibility, with nominations coming again in 2015 and 2020 (the latter resulting in an induction).