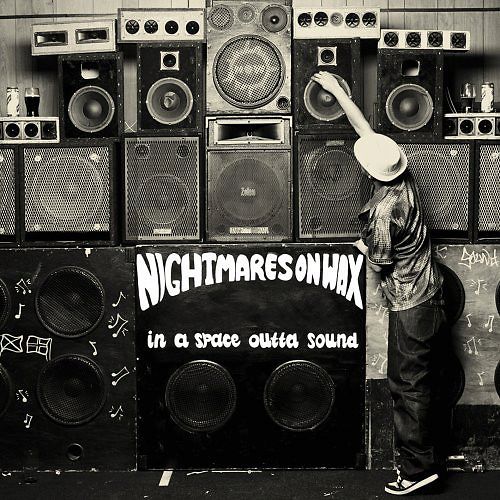 In a Space Outta Sound is a studio album by Nightmares on Wax. It was originally released via Warp Records on 7 March 2006.

One of the prime architects of the organic grooves later dubbed trip-hop,

With the air cleared of downtempo cash-ins, producer George Evelyn and producer/keyboardist Robin Taylor-Firth went right back to dub-heavy trip-hop with In a Space Outta Sound.

Unsurprisingly, Nightmares on Wax remain among the best at constructing simple grooves with endless depths; their only rival is Massive Attack.

The centerpiece is "Damn", seven and a half minutes of gently undulating hip-hop courtesy of a reedy Al Hirt sample (familiar from its use by De La Soul) that eventually flowers into an R&B jam with a gospel choir.

The other highlight is the hypnotic rocksteady groove of "Flip Ya Lid" with vocals from Ricky Rankin.

As with past NoW releases, In a Space Outta Sound boasts an emphasis on sound architecture that requires expensive stereo equipment (or bucket loads of narcotics) to fully appreciate.

More by Nightmares On Wax