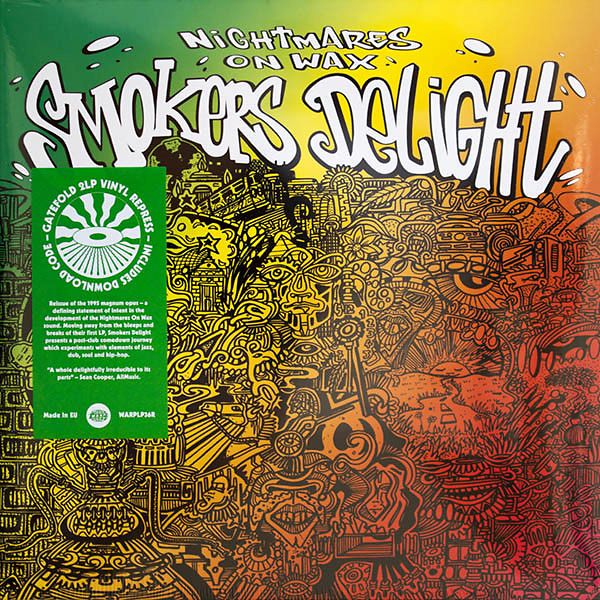 Smokers Delight is the second studio album by British trip hop producer Nightmares on Wax. It was released in 1995 on Warp Records in the UK, and on Wax Trax in the US. The album was included in Robert Dimery's "1001 Albums You Must Hear Before You Die" book in 2005. In 2015, it ranked at number 15 on Fact's "50 best trip-hop albums of all time" list.

Gatefold 2LP Vinyl Repress - Includes Download Code "Reissue of the 1995 magnum opus - a defining statement of intent in the development of the Nightmares On Wax sound. Moving away from the bleeps and breaks of their first LP, Smokers Delight presents a post club comedown journey with experiments with elements of jazz, dub, soul and hip-hop." "A whole delightfully irreducible to its parts" - Sean Cooper, All Music Gatefold cover with hard card printed inner sleeves.

More by Nightmares On Wax