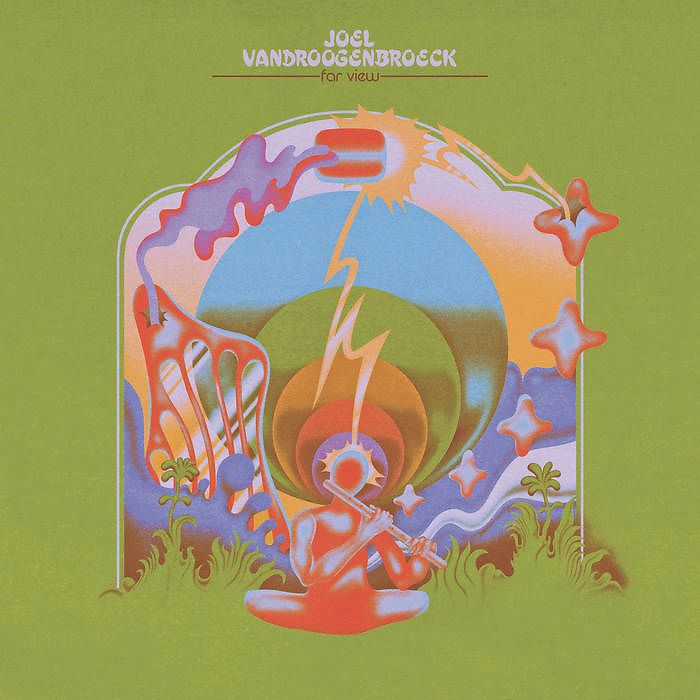 Looking at history the wrong way round through the telescope, objects may appear closer than they actually were! Yeah, life's a Rashomon even in reverse. Sometimes you have to take the long view - or in this case, the Far View, which compiles tracks from Belgian Joel Vandroogenbroeck’s legendary Coloursound library music series — a uniquely trippy catalog of sonic vignettes, freshly remastered from the original analogue reels and long overdue for their day in the library music sun!

The late Joel Vandroogenbroeck was among that rare breed of musician who defy all categorization, using music conventions to explore the far reaches of human and cosmic consciousness. After travelling through the realms of jazz, rock, traditional and experimental music in 1950s, 60s and 70s, notably with Brainticket thoughout the 70s, Joel found new outlets for his expansive vision with Swiss library music label Coloursound in the 1980s. Far View draws tracks from those releases, whose fusion formed a unique entry in the genre of library music. For the uninitiated, this is just one way to begin a musical trip through Vandroogenbroeck’s undersung career.

Joel Vandroogenbroeck passed away in December 2019, while work was being done assembling this collection. Curated by David Hollander, whose Unique Sounds album and book of the same name extensively explore the library music world, Far View draws from ten of Joel’s Coloursound albums with lovely cohesion. Featuring brilliantly remastered sound, liner notes from Hollander and album art designed by Robert Beatty, Far View is a special entry point to Joel Vandroogenbroek’s mind-bending body of work — sonic soma to expand your consciousness and vibrate with the cosmos.