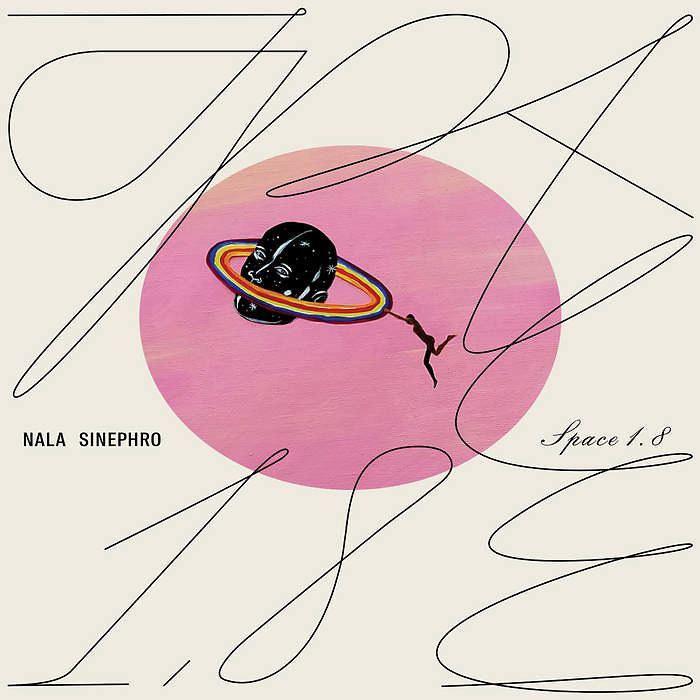 ‘Space 1.8’ is Sinephro’s debut album. Performed and recorded at Pink Bird Recordings in Wanstead, London, and in the comfort of Sinephro’s bedroom, Spaces one through eight allow experimentation to breathe and borrow from jazz, electronic and folk influences. On the LP, Sinephro invites a host of talented musicians including the likes of Nubya Garcia and Shirley Tetteh to play on her compositions.

Caribbean-Belgian composer, producer and musician Nala Sinephro fuses meditative sounds, jazz sensibilities, folk and field recordings. Her musical practice is rooted in the study of frequency and geometry and guided by the premise that sound moves matter.

Nala Sinephro is a Belgian-Caribbean composer, producer and musician. Currently residing in North London, she was born in Brussels to a Belgian mother and Martiniquan/Guadeloupean father and speaks Dutch, French and English.

In 2012, Sinephro enrolled at the art high school of Brussels to study jazz and discovered the harp, which she would secretly play in the orchestral room in the evenings. She would later attend Berklee College of Music in Boston while working as a live sound engineer. In 2017, Sinephro moved to London and began playing the pedal harp again.

Nala caught people’s attention as a standout contributor playing with the South London collective Steam Down, gaining her early fans like Gilles Peterson, NTS and the London Contemporary Orchestra who invited her to collaborate on composing and performing a new piece which was performed at King’s Place in February 2020 - as well as landing a shout out on The Guardian’s “50 New Artists For 2020” list.

Nala was also announced as one of the new wave of NTS Residents in 2020 alongside Mount Kimbie, Loraine James, Black Midi, Haroumi Hosono and others…